Do you enjoy your singleness?

Dino246 said:
This thread has one of those titles that raises an eyebrow when truncated on a small screen.
Click to expand...
You perhaps thought it said “are you happy with your shingles?” 🤣🤣🤣

ArtsieSteph said:
You perhaps thought it said “are you happy with your shingles?” 🤣🤣🤣
Click to expand...
They keep my ceiling from getting wet, so yes.

Dino246 said:
This thread has one of those titles that raises an eyebrow when truncated on a small screen.
Click to expand...
The only way I can make sense of this is "Do you enjoy your single"

Days like yesterday, I came home from work feeling sick so I went straight to bed and slept for 15 hours.... times like that I appreciate being single. There was no guilt of me not having fixed dinner or watching after my children, all I had to be concerned with is myself.

It's really cool to read about other singles who have found contentment, and, *gasp*, even happiness being single.

Back when I first started on CC and throughout the time I've been here, there have been many threads from people who really, really wanted to find someone RIGHT NOW, by any means, and at any cost (and, truth be told, once upon a time I used to be one of them), but few to none ever said they were alright with being single.

I wonder if it's something that changes over time, or is even becoming a bit of a trend? I know God has changed me a lot, but it's taken a lot of time, and I go back and forth between wondering if I'm truly content being single or if the long period of time has generated a type of numbness that has become a mask that cushions the initial sting.

For me, the best part about being single is trying to encourage others who are in the same boat to keep their ship afloat until God sets our sails for another course, just beyond our now-visible horizons.

Lynx said:
The only way I can make sense of this is "Do you enjoy your single"
Click to expand...
Leave off the last three letters.

Well theres lots to enjoy or appreciate about being single people i think some people just arent used to it.

I also think that God does use singleness for His purposes to grow us. When Jesus went into the wilderness he went all by himself. He was led by the spirit to do this, he didnt take anyone with him. Thats when he was most tested and came out fine.

Imagine if he had said to God nope Im not going unless I get married first or take someone else. Or gave the excuse I cant go because Im married. And in the entire Bible it was mostly individuals who made the difference, not couples. When God told Mary she was going to have a baby, the angel appeared to her first, not to both her and Joseph simultaneously. All the prophets were given Gods words to say but they werent all told you have to have a wife. And nobody in the Bible suggests that you need to first find a husband to hear from God.

Now even in the garden when adam had eve things still went wrong and they were together all that time. Then they blamed each other. When you are single you cant go round blaming other people for your own sin. You take responsibility.

I see a lot of couples that play the blame game. i dont have to do this cos she/he will do it snd cover me for my inadequacies. I can use my other half to dump my problems on. He or she will support me.

When you are single you rely on God more, and its a better relationship because its vertical.

I'm 60, and i've never been married. this has become a way of life for me. I don't even think about having a relationship. I believe this is God"s pland for me. I don't know why. maybe it is because I'm to stubborn to have a wife. what ever the reason the Lord consider it the best for me and I'll not question it I know this has nothing to do with the topic but remember me when you pray. I'm taking on the biggest service i have ever had in the church where I go.

seoulsearch said:
..there have been many threads from people who really, really wanted to find someone RIGHT NOW, ... but few to none ever said they were alright with being single.

I wonder if it's something that changes over time..
Click to expand...
Here's how it's changed over time for me...

Stage 1 - Looking forward to finding that special someone and getting married, but am willing to wait..

Stage 5 - Wanting a relationship so bad it hurts, praying hard for a mate

Stage 7 - Enjoying life as a single, no longer concerned with ever finding someone

When I was younger I was slightly desperate to be with someone. Now it's kind of a mixed bag. As a depressed introvert being single is easier. My last relationship sometimes wore me out as an introvert.

But on the other side I don't get out much, or spend time around many people, which is not always healthy.
Also I get no physical contact, which is proven to help depression and even aid in overall health and life expectancy.
Having the health problems that I do I feel like I'll be in an extremely bad position, in the future, as a single. Yet also feel it would be unfair to put those burdens on someone else.
And I've just always had the desire to be married, even as a kid.
But chances are I'll die sick, younger and alone, possibly homeless, since people I date don't stick around.

In my case, "enjoy" might be too strong a word. I think 'mindfully appreciating' the freedom of being single is more accurate because at times it is not easy at all. 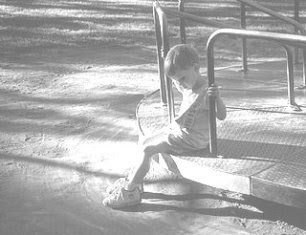 Enjoyment does not depend on whether I am single or married. It's just not a determining factor in my happiness or contentment. I am generally enjoying life as a single guy. If I were married I expect I would enjoy life then too.
Click to expand...
Yes indeed, we need to learn to be content wherever we are in our lives. We must realize happiness is something we pick up in life as we go along. We cannot dwell in blissful happiness constantly, we would go mad. Contentment can be a constant in our lives and should be.

I have been married twice and raised two families. One with my daughter and the other with someone else's three kids. I would not trade it for the world, all 36 years of it. I get along well with being single now, but I do get a little lonely.

seoulsearch said:
Back when I first started on CC and throughout the time I've been here, there have been many threads from people who really, really wanted to find someone RIGHT NOW, by any means, and at any cost (and, truth be told, once upon a time I used to be one of them), but few to none ever said they were alright with being single.
Click to expand...
I don't think anything good comes from desperately wanting to find someone. I wouldn't think so anyway.

zeroturbulence said:
In my case, "enjoy" might be too strong a word. I think 'mindfully appreciating' the freedom of being single is more accurate because at times it is not easy at all.

Click to expand...
Makes sense. You're happy sometimes and other times not so much. That's probably how people who are in a relationship or marriage feel as well.

ArtsieSteph said:
I know it seems a little bit of an insensitive question, but be honest. I’m sure there are some of us whom God has given the single life for a purpose. It may not be forever, but maybe God has made you content where you are now. What about you?

Personally I can say I’m probably more neutral about it. Not that I “don’t care,” but I don’t think I’m desperate for a relationship, nor am I despairing. It would be wonderful to find a boyfriend/husband of course, but it’s not like my next life plan step to put my time into it you know? I want that evolution from friendship to be natural.
Click to expand...
Yess!!! Love being alone, self love is wonderful. I have no need for a person to complete me or be reliant on me for support. If I do find someone they need to be independent and of there own counsel

IFOLLOWHIM said:
You my dear are 28,I am 62 these are not romantic ideas for me!
I want to build a solid spiritual faith based relationship with a spiritual partner!

morefaithrequired said:
Fortunately I am married to a suitable partner. To be honest when I was single I feared loneliness. I needed someone to share the pain of facing the big bad world. And so did she. I was lucky. By the grace of God we are a good match. Both nerdy loner types. My brothers are still single in their fiftees. But they are made of stronger stuff than me. More independant. If anything i should havr martied in my early twenties. so much time wasting over "will i ever find a soulmate?"
yet it was a necessary time in hindsight.
Click to expand...
How did you meet each other?🙂
You must log in or register to reply here.
Share: Facebook Twitter Google+ Reddit Pinterest Tumblr WhatsApp Email Link