The Rapture Isn’t A Hoax. Be Prepared For It.

For soon and very soon, “The One who is appearing will come without delay (Hebrews 10:37 TPT).


Some people believe the Rapture of the Church is a hoax. Their argument is that the word “rapture” doesn’t appear anywhere in the Bible, and even Jesus never talked about it. Well, there are many things Jesus didn’t say much about. For instance, His disciples were with Him for the few years He ministered on earth, yet they knew nothing about the Gentiles receiving salvation. Though He had taught them many things, they couldn’t find anything that gave them a clear understanding that the Gentiles were to be brought into salvation.
In fact, when Peter went to the house of Cornelius, the Roman Centurion, and the other disciples heard about it, they were angry with him. He had to explain to them his experience with the Spirit of God and how, without his (Peter’s) permission, the Holy Spirit came upon the Gentiles while he was still speaking to them.

James then opened the Scriptures and found where the prophets said the Gentiles would come into salvation. This was their first clue, until the mystery and revelation of the Body of Christ was given to the Apostle Paul.
It’s the same thing with the Rapture. You may not find the word “rapture” in any verse because at the time of writing, Paul described it as a mystery: “Behold, I shew you a mystery; We shall not all sleep, but we shall all be changed” (1 Corinthians 15:51). In 1 Thessalonians 4:17, the Scripture says, we shall be “caught up.” The Greek word is “harpazo,” which means to seize and take away. The Latin version translation is “raptura”, which in English is “rapture”; so it’s erroneous for anyone to suggest it’s not in the Bible.
Let no one deceive you; the Rapture is going to take place anytime soon. It’s closer than it’s ever been. It’s going to happen so fast that those who aren’t prepared and looking forward to it won’t have time to prepare and will be left behind. That had better not be you. Hebrews 9:28 says, “…Christ was once offered to bear the sins of many; and unto them that look for him shall he appear the second time without sin unto salvation.”

PRAYER
Dear Father, I thank you for the honor of revealing to me deep insights from your Word. Thank you for making known to me by your Spirit the reality of the Rapture, and how close it is. I’m committed to preparing others for it, as I eagerly await the soon return of the Master. Amen.

Thanks,
JESUS IS LORD. 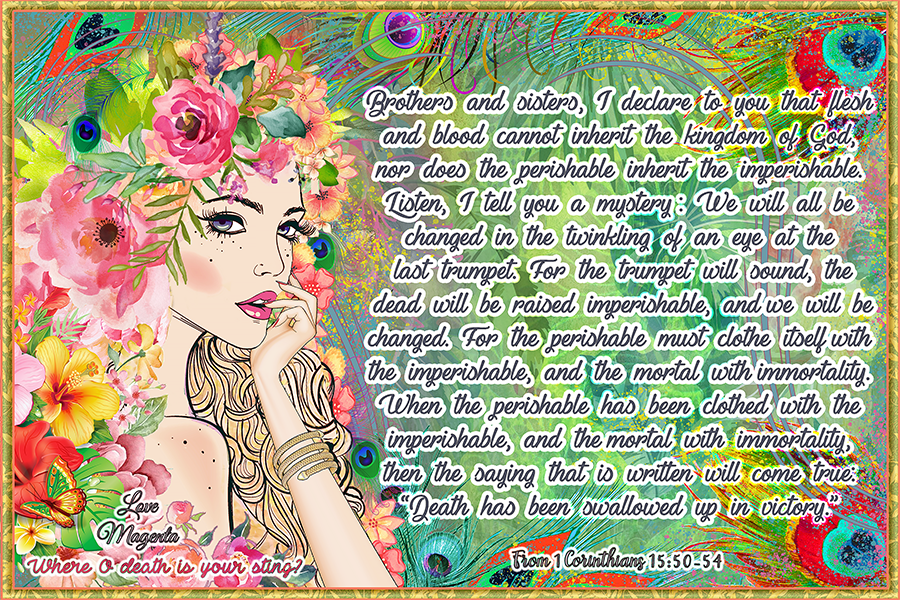