49 said:
And I'm sure Dimentia Joe and the rest of his gang are concerned about this...
Click to expand...
they will have their normal level of concern.

49 said:
And I'm sure Dimentia Joe and the rest of his gang are concerned about this...
Click to expand...
Hey people with Dementia are people too and we just learned that people who had Alzheimer's, were in a assisted living and nursing homes, and we thought they were completely incapacitated, we just learned they voted overwhelmingly for Biden.

That is stunning, add that to Biden's base. Dead people and people who are brain dead. 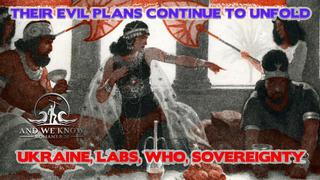 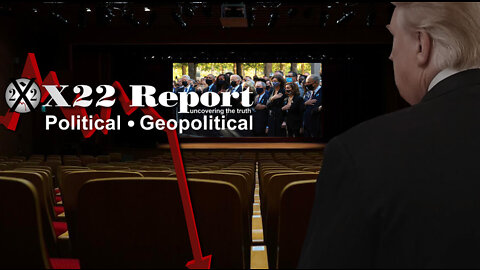 The [DS] is now being surrounded, there is no escape, Trump and the patriots hold all the cards. It is now time to end this horror show, enough Americans are awake and have the information. The truth of election fraud, infiltration from within was always right in front of everyone, all we needed to do was look. Now people are looking and the [DS] is panicking.

To be clear: This is the mentality of the Evil Enemy that the GOOD GUYS are BATTLING!
Make no MISTAKE - the CORRUPT LEFT/DS will not give up, will not forfeit and will not concede... They will Lie, Cheat, Deceive, and Make DESPERATION MOVES all the way to the imminent and overt END of their REIN.
Note: Do NOT confuse the overt appearance of their REIN with the REALITY of who is really in CONTROL COVERTLY...
Think of most Marriages... We Men like to think that we are in Control overtly - but everyone largely concedes that it's really the Woman who are really pulling the invisible strings of marital control behind the scenes...

Profound Proof that Q's Heart and Patriotism is NOT POLITICAL... It's founded on Truth, Justice & Freedom...

Christian Patriot News, [5/13/2022 8:17 PM]
[Forwarded from BioClandestine (BioClandestine)]
Today, at the UN Security Council, Russia presented further evidence of their accusations that the US DNC created a secret bioweapons program in Ukraine. They have accused the US, multiple times in the past year, of breaching the International Biological Weapons Treaty. And the US just cries “Disinformation” and vetos any movement for investigations.

People have been asking me, what’s next? What would punishment look like?
And to be honest with you, I don’t know for certain because this has never happened before. The 1972 International Biological Weapons Treaty has never been breached. No nation has ever even been formally accused, until now. Article I never been invoked.

Theoretically, in a political-free vacuum, what SHOULD happen, as per the treaty, would be invoking Article VI and Article VII. Article summaries are as follows: (I copy pasted from Wiki)

“Article VI: Right to request the United Nations Security Council (https://en.m.wikipedia.org/wiki/Security_Council) to investigate alleged breaches of the BWC and undertaking to cooperate in carrying out any investigation initiated by the Security Council.

-Complaint about an alleged BWC violation
Article VI allows States Parties to lodge a complaint with the United Nations Security Council (https://en.m.wikipedia.org/wiki/United_Nations_Security_Council) if they suspect a breach of treaty obligations by another state. Moreover, the article requires states to cooperate with any investigation which the Security Council may launch. As of January 2022, no state has ever used Article VI to file a formal complaint, despite several states having been accused in other fora of maintaining offensive biological weapons capabilities. The unwillingness to invoke Article VI may be explained by the highly political nature of the Security Council, where the five permanent members (https://en.m.wikipedia.org/wiki/Permanent_members_of_the_United_Nations_Security_Council)—China, France, Russia, the United Kingdom, and the United States—hold veto power, including over investigations for alleged treaty violations.

Article VII: To assist States which have been exposed to danger as a result of a violation of the BWC.

-Assistance after a BWC violation
Article VII obliges States Parties to provide assistance to states that so request it if the UN Security Council decides they have been exposed to danger as a result of a violation of the BWC. In addition to helping victims in the event of a biological weapons attack, the purpose of the article is to deter such attacks from occurring in the first place by reducing their potential for harm through international solidarity and assistance. Despite no state ever having invoked Article VII, the article has drawn more attention in recent years, in part due to increasing evidence of terrorist organizations being interested in acquiring biological weapons and also following various naturally occurring epidemics. In 2018, the BWC's Implementation Support Unit issued a background document describing a number of additional understandings and agreements on Article VII that have been reached at past Review Conferences.”


In short, the UN Security Council is supposed to do a joint investigation, and all assist to the nation(s) who have been exposed to the biological weapon(s). But I just don’t think it’s going to happen because of the structure of the UN. The US can just simply veto any investigation.

The only other world event similar to this situation was Nuremberg. With which the US, UK, France and Russia, each provided 1 Military Judge and a team of military prosecutors, and joint-prosecuted the Nazi officials that were still alive, in an “International Military Tribunal”.

Given this whole biological weapons situation is unprecedented, I can’t really project what the next steps will be. Especially considering one of the names directly accused of being an Ideologue of this bioweapons plot is the current Commander in Chief of the most powerful military force on the planet…

The only way this is resolved is if the US MIL is disobedient to Biden, i.e. “Devolution”, and assists the Russians and Chinese in holding these people accountable. It would require a treaty between the militaries of Russia, China, and the US. That’s the only way.

Christian Patriot News, [5/13/2022 7:17 PM]
[Forwarded from BioClandestine (BioClandestine)]
[ Photo ]
Now that you all have had some time to digest the initial wave, let me go into the rest of the details on the slides, and how it pertains to the greater global situation.

I first want to look at this translated slide. Russian Military alleges this is a veterinary clinic in Mariupol, Ukraine. Used as a means for stashing and transporting “microbial cultures”, meaning they were GROWING and forcing pathogens to reproduce.

If true, this would make a lot of sense as to why the Nazi forces in Ukraine were so desperately trying to hold on to Mariupol, and why it has been such a focus of Russian Military for some time.

Russian Military has been speaking specifically about a veterinary facility for months, and it turns out this is why.

After Russia took Mariupol and gathered this intel, they claimed the Special Military Operation is complete and Putin put on a celebratory military parade.

You all said you wanted proof, and Russia gave it to you. The only question is, whose going to hold the US accountable? 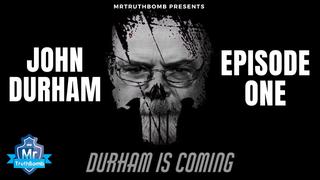 In this series we will look at the on-going investigation by John ‘The Bull’ Durham as he investigates the fake Russian hoax perpetrated by the Globalist Deep State to attack the MAGA King, President Donald Trump. 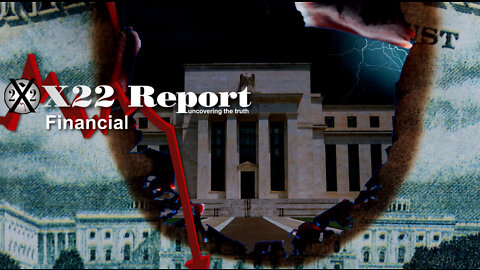 The people are understanding that Ukraine has nothing to do with the inflation, high fuel costs, baby food shortage etc, the game is over, the people are awake. The [CB] is going to expose the truth via the economy, it will reveal it all so the people can see it clearly.

In this series we will look at the on-going investigation by John ‘The Bull’ Durham as he investigates the fake Russian hoax perpetrated by the Globalist Deep State to attack the MAGA King, President Donald Trump.
Click to expand...
"Durham's investigation makes Watergate look like a parking ticket"

Quietly, thoughtlessly, and ominously, America is sleepwalking towards a nuclear war.

Two weeks ago, the Biden Administration asked Congress for $33 billion to support Ukraine in its fight against Russia. But in a divided Washington, the Uniparty has united in agreement that $33 billion is not enough.

On Monday, Republicans and Democrats in Congress struck a deal to send Ukraine $40 billion in aid. Leaders unveiled the bill text on Tuesday, and voted on it within hours.

The bill raced through the House in the dark of night, with unanimous Democratic support. Of course, the phony left-populist poser Alexandria Ocasio-Cortez and her “Squad” were on board. Republican support was overwhelming as well, but a few members did bravely stand against the tide.

Nancy Pelosi wants to take food out of her neighbor’s mouths to buy weapons of war from Ukraine. Forget the babies who can’t get baby formula thanks to the federal government’s shenanigans.

For now, the aid package has been held up thanks to a gutsy objection from Sen. Rand Paul. Still, one senator can’t block it forever.

Adding in the several billion America has already sent to Ukraine, America is poised to spend $43 billion on this conflict in just seven months.

And we’re not just sending Ukraine weapons. The U.S. Congress has volunteered our tax money to pay the salaries of its officials, as if they were long-distance contractors of the federal government. In a way, that’s exactly what they are. He who pays the piper, calls the tune.

Huge numbers are always getting thrown around in Washington, so it’s worth pausing to evaluate just what $43 billion means.

So let’s not go “broke and hungry.” Get involved and stop talking about it. Local Action means to follow a new path in life by getting involved in your communities in a far different capacity than ever before. No more excuses about “those dirty politicians”, we put them there and allowed them to stay forever.

Local Action requires people to step up and volunteer for local political campaigns, it may mean for some to run for political office, for others to challenge your local officials at school boards or county commission hearings when it comes to the filth they’re forcing down our children’s throats or the third world election systems we have.

No more excuses folks, it’s time to get involved. Read the Declaration of Independence, the bill of rights, the constitution and realize what we have been handed and what we stand to lose.

Choose new candidates for every office bottom to top. We can’t do any worse with what we already have.

LOL!!! More indications and substantiating proof of DEVOLUTION!!! There are NO MORE COINCIDENCES in this type of WARFARE...