I'm a Telemarketer, Here's How to Get Rid of Me

I'm a Telemarketer, Here's How to Get Rid of Me 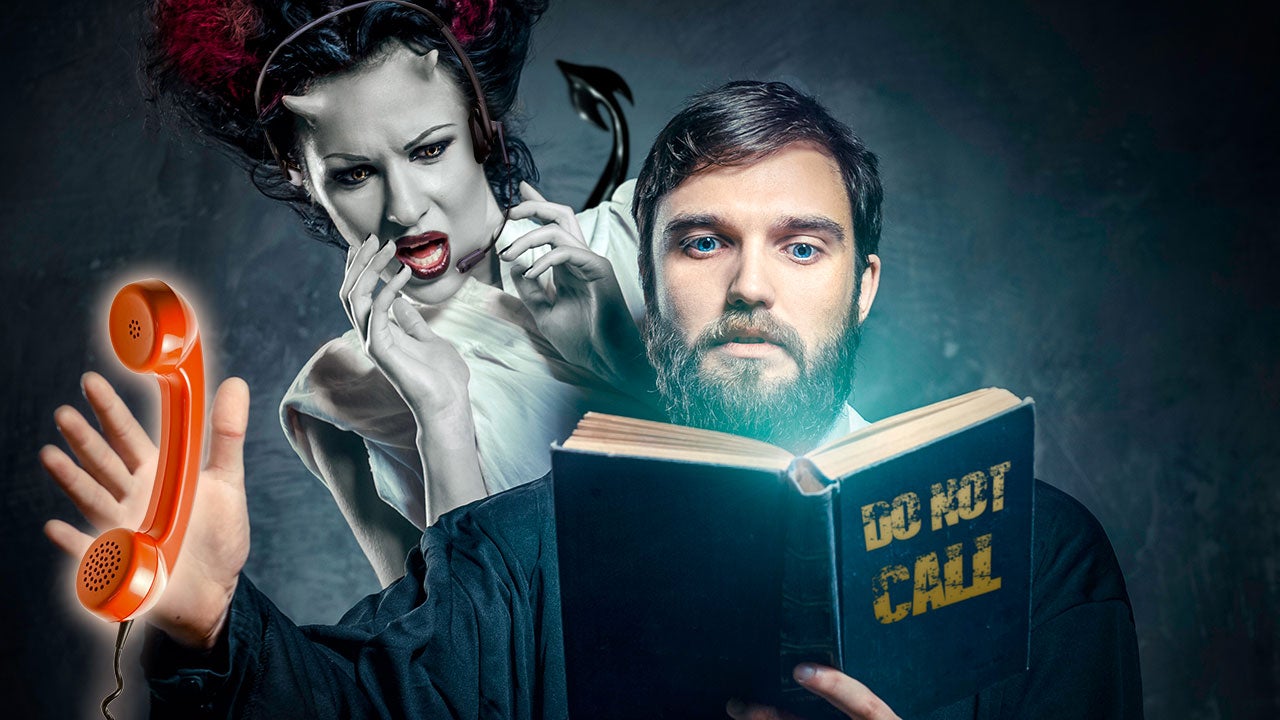 I've worked for a telemarketing company for two years and made a lot of unwanted calls. I have to keep making them because most people don't know how to get rid of us, but the right approach can make all the difference. Here's how you can get rid of telemarketers like me and save us both a lot of time.

How Telemarketers Get to You

Not all companies run exactly the same way, but most calls follow a similar pattern. Successful telemarketers generally have a 96% chance of getting turned down. With such terrible odds, they will be relentless in trying to keep you on the phone.


Each telemarketer has their own username and password, so all the information they gather during their shift stays linked to them. Depending on the company calling you, the lead will display a little or a lot of information. I work for an arts organization, so we can see the customer's entire history: subscriptions, added ticket purchases for friends, donations, and sometimes even notes on who their assistants or friends are. In other cases, they may just have your phone number.

Avoid Telemarketers by Understanding Their Secrets

Sure, you can put yourself on the Do Not Call list but that doesn't stop telemarketers from…Read more


Anything relevant you mention will be added to your lead profile: an email address, best time to call, or your objections to the product. Don't say anything to the telemarketer unless you want it written down on your profile.

If the caller doesn't reach you, they mark your lead as "no answer" and the system programs it so you get called again a few days later. If the company does not have a large lead pool, you may get called as soon as 12 hours later. If you're dealing with this kind of aggressive campaign, it's actually better to answer then to let them keep calling you. (More on how to handle that later.)

If the caller does speak to you, they will do their best to sell to you on the first call. A good telemarketer uses the "Three Nos" rule: don't let the customer go until they have said "no" three times during the phone call. This technique has actually worked for me several times. After the first two no, the client often runs out of reasons and becomes more persuadable. Telemarketers try to keep you on the phone as long as possible because they can eventually wear you down and get money out of you.

If you don't purchase on that initial phone call, the telemarketer will log everything you've said and suggest calling you back another time. These are logged as "call backs"—tiny gold nuggets for telemarketers. Selling to a call back is more likely than selling to a first call because you've already established a rapport. This process may take weeks, and sometimes results in a sale simply because the patron wants to stop the calls.

How Can I Block a Number from Calling My Cellphone?


How You're Making It Worse

A lot of people make simple mistakes that lead to several more calls. Here are the things you need to avoid:

How to Make the Calls Stop


Banish telemarketers from your phone


You should register on the national do not call list if you haven't already. It's illegal for a company to keep calling you if you're on this list and you have verbally asked them not to call you at least once. Unfortunately, it is not illegal for non-profits. But most non-profits run seasonal campaigns, so at least your lead will be put to rest for three to 11 months.

Even when dealing with a non-profit, you should ask for a manager and tell them you've repeatedly requested to be placed on the do not call list. Keep in mind that a prior caller may not have done their job and removed you, and this new, innocent caller is getting all the blame. The manager needs to to deal with these kind of customer issues so the callers can keep dialing.

The solution for getting rid of telemarketers may seem obvious, but it's mostly about the approach. By using those exact words and not making any of the mistakes previously mentioned, you don't give the caller anything to work with. The way you phrase your response can mean the difference between getting called all the time and getting rid of telemarketers efficiently. Make the right choices and you won't be bothered.


Erica Elson is a freelance writer who has worked at a variety of strange jobs to support herself. Her first book, The Awkward Human Survival Guide, is available for pre-order on Amazon.

Easiest way to get rid of a telemarketer? Use caller id before you answer and hang up on them!! Works like a charm for me every time!! LOL!!!!
F

#3
This works for me every time. "Dayton police homicide division Sgt Blair speaking how may I help you?

Fishbait said:
This works for me every time. "Dayton police homicide division Sgt Blair speaking how may I help you?
Click to expand...
hah hah!! LOL thats a good one!!

I always listen long enough for them to ask what they want or tell what they are selling and say: I am not interested thank you have a nice day. then I just hang up. I have found this to be very effective, and I do not have the guilt of being rude.
S

#7
PoxEclipse said:
Here's how you can get rid of telemarketers like me and save us both a lot of time.
Click to expand...
I have a full proof way and it wont cost you a dime. I tell them I will answer there questions if they answer mine first.
Then I run them through the ten Commandments asking them if they ever told a lie, what do you call some one that tells lies. Then I tell them I am not judging you but by your confession your a liar thief and murder at heat and if God judges you by that standard will he find you innocent or guilty would God send you to heaven or hell? Does that concern you? Do you know how God can legally dismiss your case then I tell them the gospel. By that time they are usually ready to get off the phone so I never get the marketing pitch but another person to pray for. It seems to work every time and I feel good about being obedient. Its a win win!

Amanda, The Computerized Telemarketer Who Insisted She Was Human

Amanda, The Computerized Telemarketer Who Insisted She Was Human | Museum Fatigue

“The Master created humans first as the lowest type, most easily formed. Gradually, he replaced them by robots, the next higher step, and finally he created me, to take the place of the last humans.”― Isaac Asimov, I, Robot

I just had the strangest conversation with a telemarketer.

Well, actually I’m not sure I can consider it a conversation—because I’m sure the telemarketer was not even human. It was an exchange that quickly turned into a kind of Turing test, with a computer named Amanda—a computer that insisted quite a few times that it was a live person.

“Amanda” called me just before dinner this evening to ask me to take a survey about media and children for a group called lifegiving moments. The questions, I might add, were worded to elicit an answer with clear conservative political slant. It was a bit irritating, but having given surveys for my own research, I am usually generous with my time to groups that ask to survey me.

Anyway, before getting too far into the survey I had the sneaking suspicion that I wasn’t talking to a person at all, but a computer. I put the phone on speaker and began recording with my iPhone. Then I began to probe to see if my suspicions were correct:

What Surveillance Valley Knows About You


What Surveillance Valley knows about you | PandoDaily


"To increase the low response rate, marketers sought to sharpen their targeting techniques, which required more consumer research and an effective way to collect, store, and analyze information about consumers. The advent of the computer database gave marketers this long sought-after ability — and it launched a revolution in targeting technology."

"Today, the industry churns somewhere around $200 billion in revenue annually. There are up to 4,000 data broker companies — some of the biggest are publicly traded — and together, they have detailed information on just about every adult in the western world."

"Your company already knows whether you have been taking your meds, getting your teeth cleaned and going for regular medical checkups. Now some employers or their insurance companies are tracking what staffers eat, where they shop and how much weight they are putting on — and taking action to keep them in line."
L

if you have constant robo calls put a recording of the DTMF tones on your voice mail, the ones that signify a number is disconnected, the computer will remove your number if it detects those tones
You must log in or register to reply here.
Share: Facebook Twitter Google+ Reddit Pinterest Tumblr WhatsApp Email Link