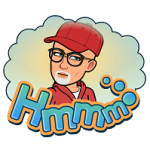 EVER THINK THAT MAYBE MONDAY DON'T LIKE YOU EITHER?

Click to expand...
Good morning, Ruby. How about some donuts? 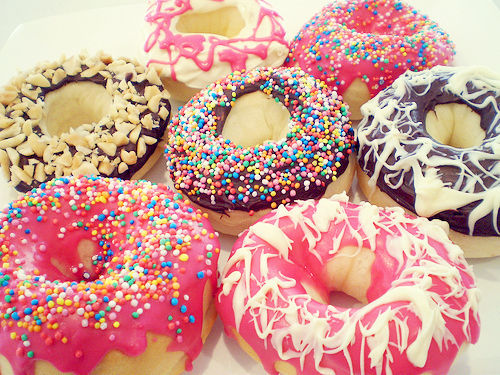 zeroturbulence said:
Good morning, Ruby. How about some donuts?

Click to expand...
Thankyou zero, I will have them at lunch with coffee

10PM Monday night here in Bama. Waiting on the Tropical Storm to get here..... We are suppose to get about three inches of rain, but that's about it. Praying the folks in South Carolina that got the direct hit are all well. May God make His Presence known in their lives.

Can it get better than a Pizza Donut?

Click to expand...
Ruby taking her frustration out on her lunch due to what Gandy posted

oldhermit said:
Since most threads seem to have trouble staying on topic I thought I would simply start one that has no topic and just see where it goes. So, in that vein, Speak Your Mind.
Click to expand...
God lives in every heart and always will
when we all look at each other that way the we are following His steps
LOve one another as I have loved you
All are Gods GOd has never lost one and never will
S

Click to expand...
Love one another as I have loved you
all are God's children some just don't know it YET
S

God is knocking on every heart as we speak


A king was surrounded by his subjects celebrating a victory obtained over a rebellious people, which became his vassal.


The king and his people sang victory. The king spoke thus to his people: The strength of my arm has overcome and has made my kingdom, but I will love the defeated as you do, I will give them great lands in my domain to cultivate the vine and thus as I love them, I want you to love them.


Time passed, and from among that people conquered by the love and justice of that king, a rebellious man arose to his king, whom he tried to kill while he slept, but only wounding him.


Faced with his crime, that man fled full of fear to hide in the darkest jungles, while the king mourned the ingratitude and the absence of his subject because his heart loved him so much.


That man, in his flight, fell prisoner of a people enemy of the king, and when he was accused of being a subject of the one they did not recognize, this one frightened, loudly told them that he was a fugitive because he had just killed the king, but he was not believed and they sentenced him to die at a stake after tormenting him. When suffering was next to be thrown into the fire, the king happened to pass by with his subjects, who were looking for the rebel, and seeing What was happening there, that man raised his arm saying to the executioners: "What are you doing, rebellious people?" And to the voice majestic and commanding of the king, the rebels fell prostrate before him.


The ungrateful subject, who was still tied by the fire, awaiting only the fulfillment of his sentence, was absorbed and surprised to see that the king had not died and was approaching him step by step to untie him. Pushed away the fire and healed his wounds; Then he brought wine to his lips, dressed him in a new white garment, and after depositing a A kiss on his forehead said: "My subject, why have you left my side? Why have you hurt me? Do not answer me a word, I just want you to know that I love you, and I tell you at this moment: Come and follow me. Those people who witnessed these scenes of charity, amazed and converted, exclaimed: Hosanna, hosanna, declaring himself an obedient subject of that king. That town only received benefits from its lord and the subject that one day rebelled, surprised by so much love from his king, he made the intention of paying for those tests of affection without limit, loving and forever venerating his lord, surrendered to his perfect works.

Behold, people, my word is very clear. Men fight against me and do not lose their friendship with Me.

What harm have I done to men? What harm does my Doctrine and my Law cause them?


I love you, and if you move away from Me one step, I take that same step to get closer to you. If you close the doors of your Temple, I will knock on them until you open to enter it.


If you believe that you are already redeemed because I was on the cross, you also understand that you will have to make yourselves worthy of that rescue and follow that example.


Before Me are those who sinned and today are blessed; those who blasphemed and today receive sweetness on their lips; the adulteresses who did not have peace in their conscience, have been forgiven so that they do not sin again, because I am the Resurrection and Life.


If you are the disciples and heirs of the Word, never blaspheme, see that I have given you a sweet language to express every idea, every inspiration and every feeling.


Here is my word, for the clumsy and for the understanding.


Be the good people, be like a clean mirror so that everyone can confess that I am with you.


My peace be with you.

Some heavy stuff being discussed on here today. Well this is the bdf sorta kinda

Ruby123 said:
Ruby taking her frustration out on her lunch due to what Gandy posted

kfc donuts for everyone on this thread

Where is everyone tonight/today, enjoying the sunshine??