DeanM said:
Death rate from this so called pandemic is what 3 percent? Why are you pushing this juice so hard? You getting the shot protects you from those of us that dont. Right? Or are you saying this garbage dont work? It either works or it dont. You cant have it both ways.
Click to expand...
If the death rate is 3% then 210 million people will die. Correct?
No matter in your eyes?

Rockson said:
But would you agree powers which be willingly almost want people to forget that and keep people in terror? I have to believe you'd have to acknowledge they're making it seem if you get covid you're going to die or come pretty much close to death. So do you think that's a responsible way for government/media or whoever to be acting?

I liken it to the radio broadcast in 1938 of the fictional story "War of the Worlds" (Orson Welles) The was no occasional disclaimer that it was merely fiction and it came across as an emergency alert warning. People took it as The Martians are here and we're all going to die!

Some might say if they did put and emphasis on the 98% survival rates people just might not take a vaccine. Fair enough. Maybe they wouldn't. But motivating people by a misleading presentation should never be the way to go. It may not be what they say what is wrong but what THEY DON'T SAY.
Click to expand...
I work in hospital and from january till April the capicity with corona patients on the intensiv ward was in this way that for personal we had to close other wards.
Without lockdown we would have much more death people and would be beyond our capicity. Thats what i have not from any Media, but from the place where i am working.

Aidan1 said:
Have you listet and hear the Storys of the 100 000 thousands of members from coronavirus victims?
Click to expand...
Since 2020 everybody who died from

Aidan1 said:
If the death rate is 3% then 210 million people will die. Correct?
No matter in your eyes?
Click to expand...
One of your posts compare the vax to a cancer cure. You have become irrelevant as well as rediculous.

DeanM said:
Death rate from this so called pandemic is what 3 percent?
Click to expand...
The death rate is around 0.4% from cdc numbers.

Even though a giant proportion of the deaths are from those who died WITH Covid, not FROM Covid.

DeanM said:
Since 2020 everybody who died from


One of your posts compare the vax to a cancer cure. You have become irrelevant as well as rediculous.
Click to expand...
I compared not the vaccine with a cancer cure.
I gave an example. This is an different.

Btw to attack people is a method i find special with people they have no more arguments. 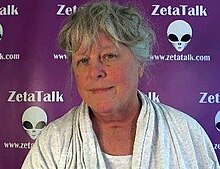 Nancy Lieder in June 2013
The idea of the Nibiru encounter originated with Nancy Lieder, a Wisconsin woman who claims that as a girl she was contacted by gray extraterrestrials called Zetans, who implanted a communications device in her brain. In 1995, she founded the website ZetaTalk to disseminate her ideas.[8] Lieder first came to public attention on Internet newsgroups during the build-up to Comet Hale–Bopp's 1997 perihelion. She stated, claiming to speak as the Zetans,[9] that: "The Hale–Bopp comet does not exist. It is a fraud, perpetrated by those who would have the teeming masses quiescent until it is too late. Hale–Bopp is nothing more than a distant star, and will draw no closer."[9] She claimed that the Hale–Bopp story was manufactured to distract people from the imminent arrival of a large planetary object, "Planet X", which would soon pass by Earth and destroy civilization.[9] After Hale–Bopp's perihelion revealed it as one of the brightest and longest-observed comets of the last century,[10] Lieder removed the first two sentences of her initial statement from her site, though they can still be found in Google's archives.[9] Her claims eventually made the New York Times.[11]

Lieder described Planet X as roughly four times the size of Earth, and said that its closest approach would occur on May 27, 2003, resulting in Earth's rotation ceasing for exactly 5.9 terrestrial days. This would be followed by Earth's pole destabilising in a pole shift (a physical pole shift, with Earth's pole physically moving, rather than a geomagnetic reversal) caused by magnetic attraction between Earth's core and the magnetism of the passing planet. This in turn would disrupt Earth's magnetic core and lead to subsequent displacement of Earth's crust.[12] After the 2003 date passed without incident, Lieder said that it was merely a "white lie ... to fool the establishment".[13] She refused to disclose the true date, saying that to do so would give those in power enough time to declare martial law and trap people in cities during the shift, leading to their deaths.[14]

I can't even...
Click to expand...
This was a hilarious piece of history. Thanks for sharing, Sophie! Funny how folks keep trusting in looney tune people when they've been proven to be "false prophets".

Aidan1 said:
I compared not the vaccine with a cancer cure.
I gave an example. This is an different.

Btw to attack people is a method i find special with people they have no more arguments.
Click to expand...
Answer me this. You got the shot(s). So according to you, you are safe. So why do you and the government say the unvaxxed are a danger? Your safe unless your untested vax doesnt work.

Genipher said:
Wow, Aidan. I saw you disagreed with this comment. Do you honestly think it's okay to force the vaccine on
Click to expand...

ZNP said:
It has not been peer reviewed yet.
Click to expand...
Actually it has and been duplicated. NIH is doing the duplication and hasn't found any discrepancies.

Ever see drugs advertised on TV? They have warnings for pre-existing conditions. Ever see any warnings for this untested vaccine?
R

Aidan1 said:
Have you listet and hear the Storys of the 100 000 thousands of members from coronavirus victims?
Click to expand...
I could I not have heard many of them. They make sure they have them on the mainstream news. Now back to YOU. Have YOU actually heard the stories from the vaccine victims?
R

Aidan1 said:
Have you listet and hear the Storys of the 100 000 thousands of members from coronavirus victims?
Click to expand...
Sure. That all the play on mainstream media. Now back to you. Have you heard the stories from people who had bad effects from the vaccines. Mainstream media refuse it seems to play them but why should their stories not be heard?

2Kings 6:17 And Elisha prayed, and said, Jehovah, I pray thee, open his eyes, that he may see. And Jehovah opened the eyes of the young man; and he saw: and, behold, the mountain was full of horses and chariots of fire round about Elisha.

Genipher said:
This was a hilarious piece of history. Thanks for sharing, Sophie! Funny how folks keep trusting in looney tune people when they've been proven to be "false prophets".
Click to expand...
well sure it's funny until you realize people take her seriously

people want a Moses. thing is, they get led into the wilderness. Moses did not lead anyone into the promised land

if you want more laughs...connect with wiki and read the rest

Gideon300 said:
The deception I see is people swallowing gallons of hogwash without bothering to ascertain the truth of any of the outlandish claims. I spent weeks pondering the pros and cons before I made a decision to get the jab. Shouting something louder and louder does not make it true. None of the vaccines registered in Australia alter genes. There are many vaccines so I can't say about the others.

After decades of hoo hah about GM foods, the opponents in this country finally have conceded that they are harmless. Much ado about nothing. Exactly as the GM food industry has been saying. The great deception has been around since the early 1900's well before flu vaccines. It's spiritual, not natural.

I suggest that you go catch the virus. You will either die or recover. If you live, you will have natural immunity. Then maybe you will just shut up and quit accusing the brethren. That's Satan's job, not yours.
Click to expand...
You just spewed out a bunch of hogwash - you have very little evidence of exactly what was injected into you.
You are completely trusting those who are experimenting on you - lol

DavidTree said:
You just spewed out a bunch of hogwash - you have very little evidence of exactly what was injected into you.
You are completely trusting those who are experimenting on you - lol

My entire family already had Covid and fully recovered without a hiccup - even my 78 year old father-in-law with Parkinsons
Click to expand...
Agreed. And nobody yet has explained to me how us unvaxxed can be a Rona threat to those who took the shot. I mean, the shot works right????

Do any of you know how covid19 effects the body? Why it has bed so deadly to the elderly? Why those elderly who were vaccinated rarely need to be hospitalized from covid19 today? Why young people who haven't been vaccinated, are spending days or weeks in the hospital when they get covid19?

I'm 80 years old. Before the vaccine, I lost several friends to the covid19. Since the vaccine, I have lost none. During the last three weeks some of us have tested positive, and some of them have had a few rough days. None of us have been hospitalized. My bout began September 3. I had a fever that wouldn't go down and difficulty breathing. I had a severe sinus infection, and I tested positive for covid19 delta. I was prescribed prednisone, an antibiotic, and (believe it or not) ivermectin, and sent home. I was also scheduled for an antibody infusion on the sixth. The pharmacy filled the prednisone and antibiotic, and said that ivermectin wasn't available. I made it through the weekend, but I was still running a high fever and had difficulty breathing. Monday I received the antibody infusion, and by late evening I was breathing freely. By Tuesday afternoon, it was like I had never been sick.

DeanM said:
Agreed. And nobody yet has explained to me how us unvaxxed can be a Rona threat to those who took the shot. I mean, the shot works right????
Click to expand...
Yes, none of that makes sense. But guess what, it doesn't make sense that the entire world leaders are united in dealing with an existential threat that is imaginary. Covid19 is the excuse, not the threat. The threat is the Dragon which is now upon us.

If you are so logical, and you are, and you are looking at the science which you are, then explain how every single leader of every single country would behave so illogically and totally ignore the science? They know something you don't, that is why they don't care what you say.