A Brief look at the Book of Esther, and "Purim"

A QUICK MIDRASH ON THE BOOK OF ESTHER, SINCE PURIM, IS UPON US

A long time ago, in a palace called Sushan, in the kingdom of Persia, there was a king named Ahasuerus who had just a little too much to drink, he called for his wife and he called for more wine, and the wine he got but the wife he got not! His wife Vashti refused to come,

Wrong response, that cost her job, she got fired! She got “de-queened” But when King Ahasuerus sobered up again when the Manishevitz ran out, he said, “Oi Vey, what have I done?” Did I really fire the queen?” “Yeah,” his counselors said, “and you signed her out of the palace too, can't get her back now... But. You can send out for a replacement queen!”

” Welllll, Okkkkeeyy” let's have a beauty contest, the prettiest girl gets to be queen, that'll work”

So, we know the rest of the story, Esther (Hadassah) the niece of Mordechai becomes queen. This is not by accident, even though YHVH's name is never mentioned, He is still controlling the situation. The Book of Esther reveals YHVH's activity in spite of his name being omitted. He is still there on the scene, behind the scene, controlling all the events; We can even see symbolism in the characters and events.

Did it just happen that Vashti got fired and the king arranged for a beauty contest? And that of all the pretty women in the kingdom, all virgins, that Hadassah (Esther) was chosen... I would say that YHVH arranged the whole thing...put everything and everyone in its place and in his and her place, for a reason.

HaSatan is always out to destroy the Jewish people, and this time, he used Haman to try and do it. So, Haman is a type of HaSatan. God places Mordechai at the right place at the right time, in order to learn of two plots, one plot to assassinate the king, the other to murder all the Jews of the provinces controlled by Persia.

He sends word to his niece, now queen, of the plans, both plans were revealed by Mordechai, to Queen Esther. Now she has to let the king know. But he hasn't sent for her in a month, to go before the king without being summoned is a death penalty, but she prays and fasts and so do the Jews of Shushan area, Since the king loves Esther, He receives her, she touches his scepter, and she invites him to two parties, along with Haman,

Now Haman already has an attitude against Mordechai since he will not bow before his presence, I think YHVH has a bit of a sense of humor, Haman rides on a horse and looks down at the people under him, and everyone bows before him in homage, except Mordechai. Now, The king orders Mordechai to ride a horse, wear a crown, and royal apparel, while Haman is below him and has to look up! Interesting change of events.

Haman's plot to have the Jews killed is revealed, the king is wroth, orders Haman to be hanged on the same gallows (75 feet high) that he meant for Mordechai. That was one big and tall neck-stretcher! Haman probably grew a few more inches in a matter of seconds in that fall from “heaven to earth” by a rope. Remind you of someone who was cast down from “the heavens to earth?” a few thousand years ago?

The Jews defended themselves on the 13th day of Adar, which was today, March 20th! And won the battle, they also collected the “spoils of war” which was a custom back then, and still is in some parts. To the victor go the spoils, like weapons, money, combat equipment, etc., that the enemy used.

Mordechai, who became a leader under the king much as Pharaoh appointed Yosef as Vizor, appointed the days 14h and 15th of Adar as two days to remember, and we should also remember the 13th as well, the day that the Jews gained victory over their enemies. This year, 2021, they are Feb 26 and 27.

The King and Esther can symbolize YHVH and mankind, the only way to gain access to our Heavenly Father is through YESHUA, the scepter can symbolize YESHUA, we can only come by invitation, the Father invites us to come to him THROUGH YESHUA, if the scepter is not extended, you don't come, without the scepter, death is for sure,

We can look at it this way too. Esther can symbolize YESHUA, and the king, our Heavenly Father, As Esther intervened before the king for her people, so does YESHUA intervene before the Father on our behalf.

Esther, the bride, and wife can also symbolize all believers, the “Kehilah” of Messiah. And the king, Messiah Yeshua. As King Ahasuerus loved Esther so much that he listened to her petition, so Yeshua loves his bride and soon-to-be wife, so much that he gave up his life for us all, on Calvary's cross. His bride consists of all believers everywhere. He listens to our petitions, our prayers, and he responds according to his perfect will.

Satan was defeated again back then. Never bow the head or knee to HaSatan, as Mordechai resisted Haman, so should all believers resist the temptations that are thrown at us by the father of lies. So, let us rejoice this day and tomorrow, remembering the Feast of Lots, (Purim) which fell upon the 13th day of Adar, a day meant for destruction of the Jewish people, but death and destruction were changed to continued life and prosperity for “b'nei Israel” and so we continue to exist, and will always exist, and be the apple of our Savior's eye, for all eternity.

THE BOOK OF ESTHER - Midrash and Symbolism

The reading of the book of Esther during the time of Purim is customary, and when one reads the entire book, one will notice that the name of God is never mentioned. We do not see “LORD” or God nor even in the Hebrew is the name “Adonai” or “Elohim” written in the entire book, yet the intervention of Adonai is clearly there. There is also symbolism in the characters that play a part in this true Biblical drama of suspense and final victory.

The characters are; King Ahasuerus, king of Persia, Vashti, Esther, Mordechai, Haman. There are more characters but these are the main players. As we know from the reading, the king throws a six-month party, gets drunk, invites queen Vashti to his part of the party to show her to his guests, she refuses, she is deposed, she is replaced by Esther who becomes the new queen of Persia.

The first symbolism that we could see is this; The king could be a picture of Yeshua who receives his bride (Esther) He extends the scepter to receive her, and when we accept Yeshua as Messiah and LORD in our lives, we are joining in the “body of the bride”. (of course, we would never imagine our Messiah as a drunkard, that would be the exception).

The second symbolism could be that the king symbolizes the master. The master calls for his servant (Vashti) she refuses the master’s request to come. The master then turns to the second servant, (Esther) and she accepts the follow the master (in marriage). Which one of the servants do we identify ourselves with? Of course, with Esther. We must be careful never to say “No” to our LORD, Messiah, and Master, least we be replaced by someone else who will heed the calling.

Saying “No” to Yeshua in serving him in ways of his calling could result in lost blessings, being replaced by someone else who WILL obey?

The third symbolism can be in the character of Mordechai. He acted as Esther’s counselor and advisor. He supported her in all ways. We as the body of Mashiach need counselors in ministry, those that will support us, and guide us. There are no “Lone Rangers” in ministry. As the Apostle Paul had Barnabas, we also need our “Mordechai” who will advise us and give us that “push” when we need to be “pushed” a bit.

The fourth symbolism is that of Haman, who of course, as we can all imagine, symbolizes Satan, who wishes to destroy the Jewish people. Esther and the King team up to destroy Haman. She invites the king and Haman to her party, and Haman gets stretched out on the end of the rope.

Yeshua destroyed the curse of sin and death whose author is Satan. Satan was conquered at Calvary’s cross. The body of Messiah, his beloved bride and “queen” is also involved because when we direct a person to accept Yeshua as Messiah and LORD, being “Born-again” (John 3:3) we are taking another soul from the grasp of HaSatan. We are pulling the “rope” that hangs Haman. And as the word “Purim” starts with the letter “P” (Pey) and ends with the letter “M” (mem) we are to use our “mouth” (Pey) to share this story with the “masses of humanity” (mem) to all who would listen and understand.


Rabbi Ben Avraham (some studies are longer than others, but still informative)

PIC: A Praise and Worship Duo in El Salvador 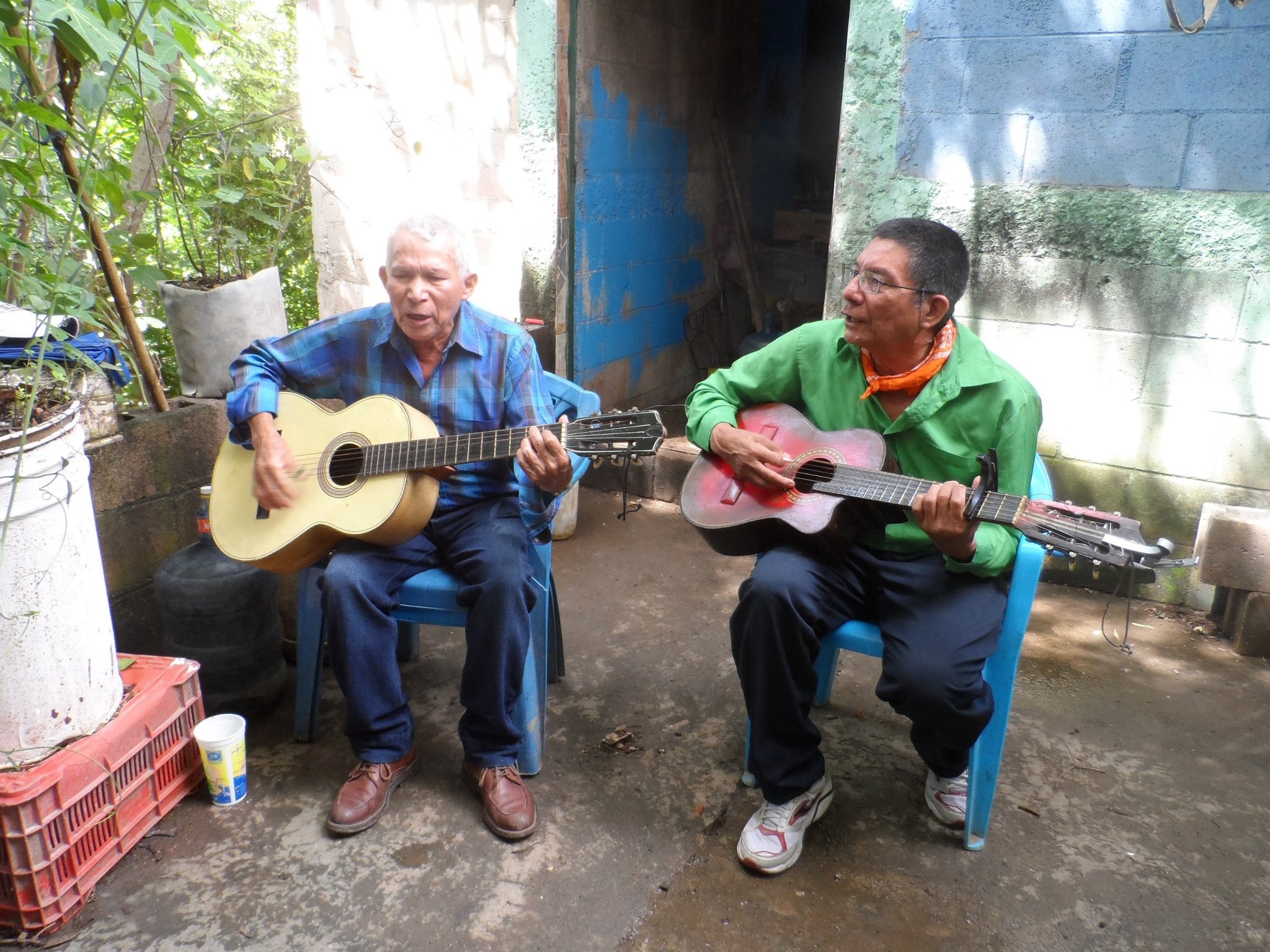