epostle said:
Please lower your font, when used sparingly large fonts are more effective. Nobody likes to be screamed at.

It seems odd that certain who talk so much of what the Holy Spirit reveals to themselves, should think so little of what he has revealed to others. Charles Spurgeon
Click to expand...
My font size is site default.
E

Oops! Wrong thread. I must be the victim of a Jesuit conspiracy.

epostle said:
I tend to overheat and be abrasive. It's a sin I struggle with. Sorry if I have offended you. 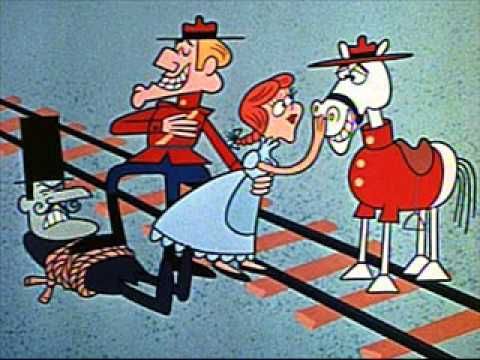 Papou said:
Is it possible that religion through an unknown process produce more evil than good. I am just saying that because of all the scandals that have recently come out especially sexual scandals. These are not a few people but large scale organized rapes! For example, it looks like every catholic priest is an abuser and all bishops approved that (may be even the pope). When I see that I am ashamed to be a christian. Why does something that is supposed to make us good, produce so much evil?
Click to expand...
I don't think that 'religion' is inherently evil. I believe that the problem lies with sin and hypocrisy. Don't ever be ashamed to be a Christian, but rather stand up and show people what true Christianity really is.

oyster67 said:
I don't think that 'religion' is inherently evil. I believe that the problem lies with sin and hypocrisy. Don't ever be ashamed to be a Christian, but rather stand up and show people what true Christianity really is.
Click to expand...
I hear what you're saying Oyster, especially hypocrisy. The unbelieving world has an unfavorable view of Christianity because of people like Benny Hinn, Mike Murdock, John MacArthur, Paul Washer, etc. If they're not begging for money, they're condemning one another.

DiscipleDave said:
You do not understand who the enemy is:

Eph_6:12 For we wrestle not against flesh and blood, but against principalities, against powers, against the rulers of the darkness of this world, against spiritual wickedness in high places.

Our Battle is against satan and his forces. This generation seems to lose sight of that TRUTH.

Religion only seems to part of the problem as you are stating above, but it is not religion. Satan attacks all religions of the world. Satan does not bother with those who are UNreligeous, He has already got them. Those who start to believe in a God, are those that satan comes after with full force. So even though it may seem religion is the problem, its not. It is satan attacking those who are religious all the more.

satan is the enemy, satan comes after those priest to tempt them continually to commit sin. NO different then satan coming after you, continually tempting you to commit sin as well. Have you got rid of that sin that so easily besets you or do you still continue to do that sin? And that continually.

What? The priests sin is worse than your own sin that you do daily?

How easy is it for satan to get us Christians to focus on other peoples sins, and not on our own sins. "Theirs is way worse" Somehow makes this generation feel better about themselves does it not? Your sins are not near as bad as others, right?
God forbid. Sin is sin, it is disobedience to God. Men put a value on sin, this one worse than that one, and so forth.

As i said, even though we humans have a tendency to put value on this or that sin, which one is worse which one is OK, The TRUTH is all of them disobey God and obey the temptations of the devil. A person who steals a million dollars, and a person who steals a TV, Both commit sin. Both failed to love those who they stole from, both chose to obey the enemy and NOT God.

The enemy is not other people, the enemy is satan. As long as satan can get a person to continue to live in sin, he has them on his team for the final battle.

Know you not that when you are tempted to commit a sin, that Jesus is there saying "Don't do it, it is sinful" And if you obey His enemy the devil, for selfish reasons, how have you not denied Jesus? Is it not written plainly and clearly that with every single temptation that comes upon you, that Jesus makes sure it is not so strong that you can't handle it, and He also makes a path out of it for you. If you choose to commit the sin anyways, did you not deny the very path that Jesus gave you out of it? And for what? For your own selfishness. All willing sin is done because of selfishness.

People wake up from your slumber, we are all here on this planet to be tested and this generation is failing miserably. Start Loving one another TODAY, Stop being selfish, Jesus gave His life for you, should you not be willing to give your life in service to Him? Stop living your life as you see fit, start living your life in obedience to your Savior and Lord, Jesus Christ, Give your life up, for Him.

DiscipleDave
Click to expand...
Galatians 5
16 This I say then, Walk in the Spirit, and ye shall not fulfil the lust of the flesh.
17 For the flesh lusteth against the Spirit, and the Spirit against the flesh: and these are contrary the one to the other: so that ye cannot do the things that ye would.

What Paul is defining here, brought into 21rst century "culturalized lingo?" Is that as believers and acceptors of Jesus Christ of Nazareth? This "new creature", that is (allegedly) within us ALL? Makes Every ONE of us "SCHIZOPHRENIC", in a "psychologically darkened politically correct" "Societal" perspective! As "psychology" is "limited" by satan, to cease from any "rehabilitation", of the individual, that goes beyond "that", which would cause that individual to become his enemy. Yet fully endorses rehabilitation that "keeps" that individual's "nose to the grindstone", in his building the "tower of babel", or, the "Beast That Ascendeth From The Bottomless Pit!" As it is described in John's Revelation. Different terms and means striving in flesh mens eyes, achieving the same results! "Opression? Verses, Liberty!" A very "fine" line! One which becomes even the more "clouded" when the "very rich" people become "humanitarian." In the "eyes of men", they appear to be doing "good works!" When these Men, and/or organizations (hirelings) spend their money, or even go so far as "begging" for contributions, for "medical research?" Yuuge Pharma?

Take the logs, out of your eyes!

Isn't our God and Father of Jesus Christ capable of rendering "EVERY" disease to NONE effect? To even being disease FREE?

When God in the O.T. stated:
Exodus 20:5
Thou shalt not bow down thyself to them, nor serve them: for I the Lord thy God am a jealous God, visiting the iniquity of the fathers upon the children unto the third and fourth generation of them that hate me;

"These" are Logs that a Jealous God, places in the eyes! NO amount of medical reasearch, is going to nullify God's jealousy! His jealousy does succeed in making "wise men, look like fools, however!

Take the logs out of your eyes!