I've been thinking about this vision.Not even sure what to call it to be honest.It has to do with the two witnesses.My mother didn't go hear them because I denied her.But she went out to another service after I got back.Which was weird to me, and I asked God why didn't she come after I asked her to come?He said something that I don't remember but it was a scripture.

I know what happen now and what will happen to her if she doesn't repent.She thinks that she repented but she still hides the truth of the horrible things she done.She serves two masters.She slanders,and lies about me while proclaiming to be a Christian.I also know that the cult my father is in, are gonna set a trap for me again,and my mother hopes it will be the end of me so her secrets will die with me,and she can blame me for her doings.
If she truly repented,she would do none of these things and place it in God's hands.She fears satan more than God.

What she did in the vision was the parable of the weeds among the wheats.

Matthew 13:24-30
Another parable put he forth unto them, saying, The kingdom of heaven is likened unto a man which sowed good seed in his field:

But while men slept, his enemy came and sowed tares among the wheat, and went his way.

But when the blade was sprung up, and brought forth fruit, then appeared the tares also.

So the servants of the householder came and said unto him, Sir, didst not thou sow good seed in thy field? from whence then hath it tares?

He said unto them, An enemy hath done this. The servants said unto him, Wilt thou then that we go and gather them up?

But he said, Nay; lest while ye gather up the tares, ye root up also the wheat with them.

Let both grow together until the harvest: and in the time of harvest I will say to the reapers, Gather ye together first the tares, and bind them in bundles to burn them: but gather the wheat into my barn.


During the Time of the Two Witnesses is the beginning of the sowing and gathering of the wheat and the tares.Satan will have his own two witnesses.The Two Witnesses being the Word of God.Satans version is the twisting of the truth.That's why my mother went out to hear another other than Gods Two Witnesses.

But even if I told her what I saw,chances are she will not repent.Even if she believes me,she will still follow through with her plan of just repenting afterwards.Her repenting the first time wasn't sincere,so her sins are still on her shoulders.
If she doesn't sincerely repent and thinks that if everything I've told her about what happens during the Two Witnesses come to pass,and that she will just repent at that moment,It will be too late because God himself will lead people like her to believe the lie.

God is readying his army(armor of God) during The Two Witnesses and satan is doing the same.Those people are Revelation 19:19-21

And I saw the beast, and the kings of the earth, and their armies, gathered together to make war against him that sat on the horse, and against his army.

And the beast was taken, and with him the false prophet that wrought miracles before him, with which he deceived them that had received the mark of the beast, and them that worshipped his image. These both were cast alive into a lake of fire burning with brimstone.

And the remnant were slain with the sword of him that sat upon the horse, which sword proceeded out of his mouth: and all the fowls were filled with their flesh.


It's not your sins that will be your fall but your failure to repent.She has remorse of the things she's done but she doesn't want the truth to be known or her image to be tarnished.meanwhile there're people in my fathers cult who are 10x worse than she is,who will repent sincerely and be saved.
Not only that,all the lies will come to light,and the truth revealed,so her refusal to repent will be in vain even more so.

My whole family is in danger the same way.This sucks.

When we do as He asks, focus on Him, pray without ceasing in the Divine prayer language, He will show Himself strong in our lives, giving us the desires of our heart.
That's His promise and God keeps His promises.

Good afternoon Gandy! I hope your day has been perfect.

This would feed my kitty for months . . .

Hey Miss Ruby, do you have glow in the dark roads there?
https://totallythebomb.com/australia-glow-in-the-dark-roads

shittim said:
Hey Miss Ruby, do you have glow in the dark roads there?
https://totallythebomb.com/australia-glow-in-the-dark-roads
Click to expand...
I have not seen any yet maybe they are over east. Everything happens there first.

I live in "fly over" country in the U.S.

Wow! The DC-3! It won the war!
this is my source on for His truth on Sunday-
https://www.jglm.org/live-broadcasts/ 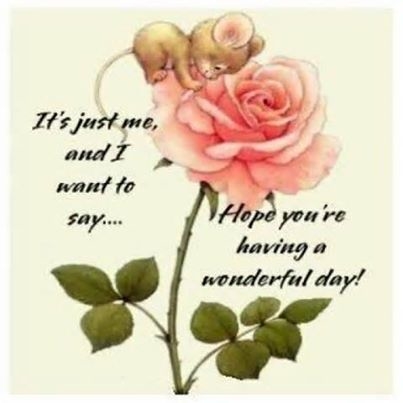 The work, will, and commandment of God is to bel

shittim said:
Wow! The DC-3! It won the war!
this is my source on for His truth on Sunday-
https://www.jglm.org/live-broadcasts/
Click to expand...
Which war?