I want a hippopotamus for xmas?

The chipmunk "Christmas don't be late"?


Those are the only ones I didn't see on the list but I pretty much just find instrumentals of the Xmas Jesus music and listen to that. It's easier to appreciate the music itself and it's like the words are muted (because they do play in my mind a little bit but hardly).

That's my fix for overplayed stuff. I found a radio station when I was traveling this summer that played ONLY Christian instrumentals past a certain time. Imagine a jazz version of Amy Grant songs lol. It was pretty cool because it wasn't only classical...there was jazz and other various unique takes on old worship songs.

No I don't intentionally listen to secular Xmas music, it's logged away in my brain deeply enough that it plays enough without turning on the radio/CD. It's actually much better that way for me.


Trans-Siberian Orchestra - Christmas Eve And Other Stories (Full Album)
Click to expand...
My favorite album of all time. I just wish that once instead of a concert, they would perform the actual stage opera. That is actually on my bucket list.

Thanks all for posting--I'm not generally a fan of Christmas music, but I'm listening to some of what you all have posted here--it's really eclectic and lovely! As an aside, the timing is just right as I've decided to each day listen to a bit of music--I think it's therapy for the soul--no paid therapy needed!

PS I looked up soul cake, if anyone else is curious: 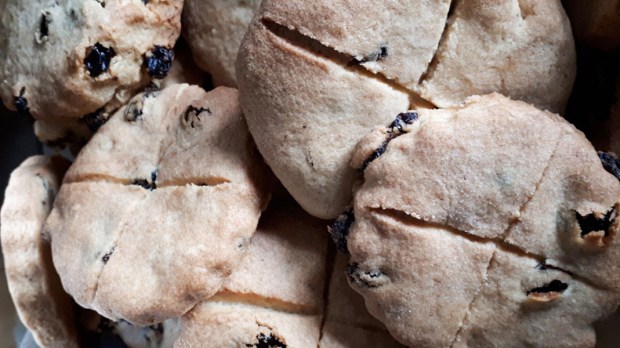 A soul cake, also known as a soulmass-cake, is a small round cake (though they more resemble in appearance and texture a shortbread biscuit, with sweet spices) which is traditionally made for Halloween, All Saints' Day and All Souls' Day to commemorate the dead in many religions traditions.[1][2] The cakes, often simply referred to as souls, are given out to soulers (mainly consisting of children and the poor) who go from door to door during the days of Allhallowtide singing and saying prayers "for the souls of the givers and their friends".[1] The practice in England dates to the medieval period,[3] and was continued there until the 1930s.[4][5][1] In Sheffield and Cheshire, the custom has continued into modern times. In Lancashire and in the North-east of England soul cakes were known as Harcakes, a kind of thin parkin.[6]

And for something different.