regarding the op,because there really is no point in going off down a rabbit trail...but feel free with those who wish to totally derail the thread...the celebration is Christmas and has nothing to do with who believes or does not believe it is pagan.

what it does have to do with, is expressing religious freedom and calling something that is meant to celebrate what most Christians do not believe pagan, as pagan, is simply what someone believes. in the same line of thought, the devil has no place in a Christmas celebration. leaving that fallen angel out of a celebration of the birth of Christ is not discrimination...the devil is not a part of Christian worship and we worship Christ.

apart from the fact you have decided to not celebrate Christmas, you surely can allow those who religious freedom so to do

maybe we should plant some crosses around the next meeting of the local coven
Click to expand...
False equivalency.
The local coven would be private property and you would be trespassing.
religious freedom means all religions. Not just yours.

well next time you are in congress remember this little thread

I'm not having this debate with you because we do not agree, it seems, on the actual reason for the devil to get shoved into a CHRISTMAS theme

if you think the devil has rights, recall how he was booted out of heaven for trying to supplant God

seems he has not given up on that useless endeavor

nothing personal...if that is your belief, no point in posting in circles because that is all it would amount to
Click to expand...
there are a lot of
R

7seasrekeyed said:
I responded to your post regarding the fact you think anyone should put whatever they want to up in the name of 'religious' freedom

actually no, these people have no right whatsoever to 'add' to the display. they are simply using the lax attitude of this nation towards its own downfall to mock Christianity and God. they worship the devil

I'm sorry you do not seem to comprehend that
Click to expand...
I think you clearly didn't read what I wrote. Maybe it's your reading comprehension or a just a mistake?

Redrum187 said:
Hence, it's best if the state (the people) don't allow anything from any religion to be on public property.
Click to expand...
I said it's best if the state forbids any religion to display anything on public property. However, if the status quo is that Christians can do it, then all other religions (including the Church of Satan) should have the same religious freedom. This country is not a theocracy.

well next time you are in congress remember this little thread

I'm not having this debate with you because we do not agree, it seems, on the actual reason for the devil to get shoved into a CHRISTMAS theme

if you think the devil has rights, recall how he was booted out of heaven for trying to supplant God

seems he has not given up on that useless endeavor

nothing personal...if that is your belief, no point in posting in circles because that is all it would amount to
Click to expand...
Translation.. you have a different opinion than me so you're automatically wrong and I'm not going to even bother hearing your side of it.
no matter how much Christians want it to be, America is not a theocracy and Christians are not the only group of people who have constitutional rights

7seasrekeyed said:
do you suppose they would allow a cross in their pagan celebrations? no? it's the same type of argument used by gay people who want Christians to bake them a cake

gee whiz ... this isn't a theocracy?
Click to expand...
Their pagan celebrations are irrelevant to me. If they refuse to allow someone in their house wearing a cross, I fully support them as it is their right. If Christians want religious displays on public property (I'm not in favor of that personally) then they cannot be hypocritical/pull a double standard and say these Church of Satan members can't do it. That is the problem with opening pandora's box and putting Christian displays on public property.

If you can't understand how a privately owned bakery is NOT the same thing as public property, we should end this discussion now.

7seasrekeyed said:
my guess is they have some 'friends' in the state of Illinois
Click to expand...
Could they be THE Illinati?

7seasrekeyed said:
you are free to think that

or to post videos that you think say what you believe

does that mean you do not believe in freedom to practice what you believe in? I don't believe in Christmas or what people call the spirit of Christmas

I believe in Christ and I celebrate Him at what is called Christmas. so, we can all do what we believe is right before God in this day because IMO, it is getting closer and closer to the book of Judges with everyone doing what they think is right in their own eyes
Click to expand...
I would hope you celebrate Jesus Christ throughout the entire year and not just "at what is called Christmas".

December 25th is the birthday of many pagan Gods. It's an incredibly sacred day to them. I think that is what Dude was saying.
7

#29
Locutus said:
Could they be THE Illinati?

on the serious side though

these people are not fooling.

Persecution complex.
Waah. Another group of people has rights. I'm so persecuted

Always got a chuckle outta this ^^^
M

Isaiah 44:9-20 NKJV
[9] Those who make an image, all of them are useless,
And their precious things shall not profit; They are
their own witnesses; They neither see nor know, that
they may be ashamed. [10] Who would form a god
or mold an image That profits him nothing?

[11] Surely all his companions would be ashamed;
And the workmen, they are mere men. Let them all
be gathered together, Let them stand up; Yet they
shall fear, They shall be ashamed together.

[12] The blacksmith with the tongs works one in the
coals, Fashions it with hammers, And works it with
the strength of his arms. Even so, he is hungry, and
his strength fails; He drinks no water and is faint.

[13] The craftsman stretches out his rule, He marks
one out with chalk; He fashions it with a plane, He
marks it out with the compass, And makes it like the
figure of a man, According to the beauty of a man,
that it may remain in the house. [14] He cuts down
cedars for himself, And takes the cypress and the oak;
He secures it for himself among the trees of the forest.
He plants a pine, and the rain nourishes it. [15] Then
it shall be for a man to burn, For he will take some
of it and warm himself; Yes, he kindles it and bakes
bread; Indeed he makes a god and worships it;
He makes it a carved image, and falls down to
it. [16] He burns half of it in the fire; With this half
he eats meat; He roasts a roast, and is satisfied.
He even warms himself and says, "Ah! I am warm,
I have seen the fire."

[17] And the rest of it he makes into a god, His carved
image. He falls down before it and worships it, Prays
to it and says, "Deliver me, for you are my god!"
[18] They do not know nor understand; For He has shut
their eyes, so that they cannot see, And their hearts,
so that they cannot understand. [19] And no one considers
in his heart, Nor is there knowledge nor understanding
to say, "I have burned half of it in the fire, Yes, I have
also baked bread on its coals; I have roasted meat
and eaten it; And shall I make the rest of it an
abomination? Shall I fall down before a block of wood?"

[20] He feeds on ashes; A deceived heart has turned
him aside; And he cannot deliver his soul, Nor say, "Is
there not a lie in my right hand?"

Always got a chuckle outta this ^^^
Click to expand...
Christian's want control. they equate not having a Theocratic dictatorship as being oppressed
7

Always got a chuckle outta this ^^^
Click to expand...
well that is not how Christians in these countries see it 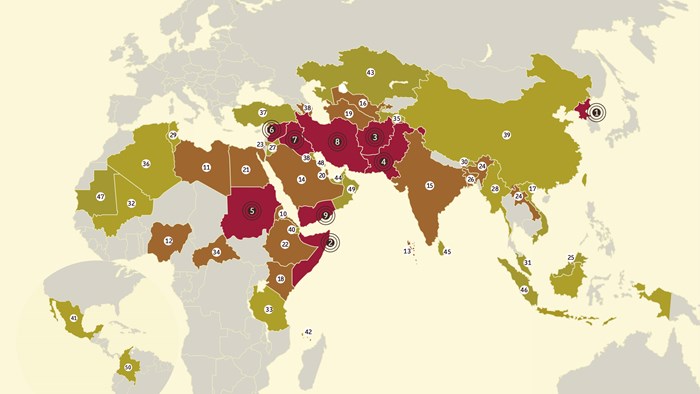 the list is unbelievable, so here is the link for anyone who actually understands that God redeems those outside of the US and Canada as well

see the site linked to for much more info

I don't suppose these people find anything funny about Christian persecution

would I be completely rude and out of turn if I said a person has to be in total ignorance to think Christians are not persecuted?

and here is some news for all you liberal media viewers

it has most definitely begun here and believe it or not, this op is indicative of it

anyone think the devil is not real? well chuckle away. he is certainly having a good chuckle reading some of these posts

pastors are being told what they can and cannot say in Canadian churches.

That pie chart was not for the whole world but the US where Christians think they are being oppressed.

Locutus said:
That pie chart was not for the whole world but the US where Christians think they are being oppressed.
Click to expand...
Right Christians in America are not persecuted.
7

#39
Locutus said:
That pie chart was not for the whole world but the US where Christians think they are being oppressed.

persecution coming for a reality check soon to your neighborhood 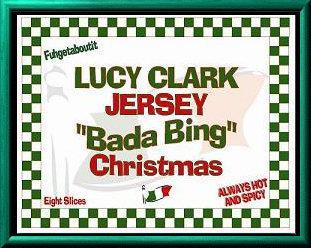