In Biden's defense he is on top of the situation in Afghanistan, one week after seeing Kabul fall to the Taliban because he had pulled out our military and abandoned our military bases he said "we are working on finding out what Americans are in Afghanistan".

The timing of this whole exodus of American troops is suspect in itself. Should make for an interesting 9-11 anniversary, given we're to believe it was Osama BL that plotted the attacks from his refuge in Afghanistan. And while all flights were grounded on the day, his family were the only ones permitted to fly out afterward. And from the nearest airport to D.C., under Presidential order.

"Politics is the art of looking for trouble, finding it everywhere, diagnosing it incorrectly and applying the wrong remedies."
Ernest Benn

" The whole aim of practical politics is to keep the populace alarmed (and hence clamorous to be led to safety) by menacing it with an endless series of hobgoblins, all of them imaginary."
H. L. Mencken

"Politics is war without bloodshed while war is politics with bloodshed." Mao Zedong
I

The two languages most widely spoken in Afghanistan are Pashto and Dari . Not Arabic. 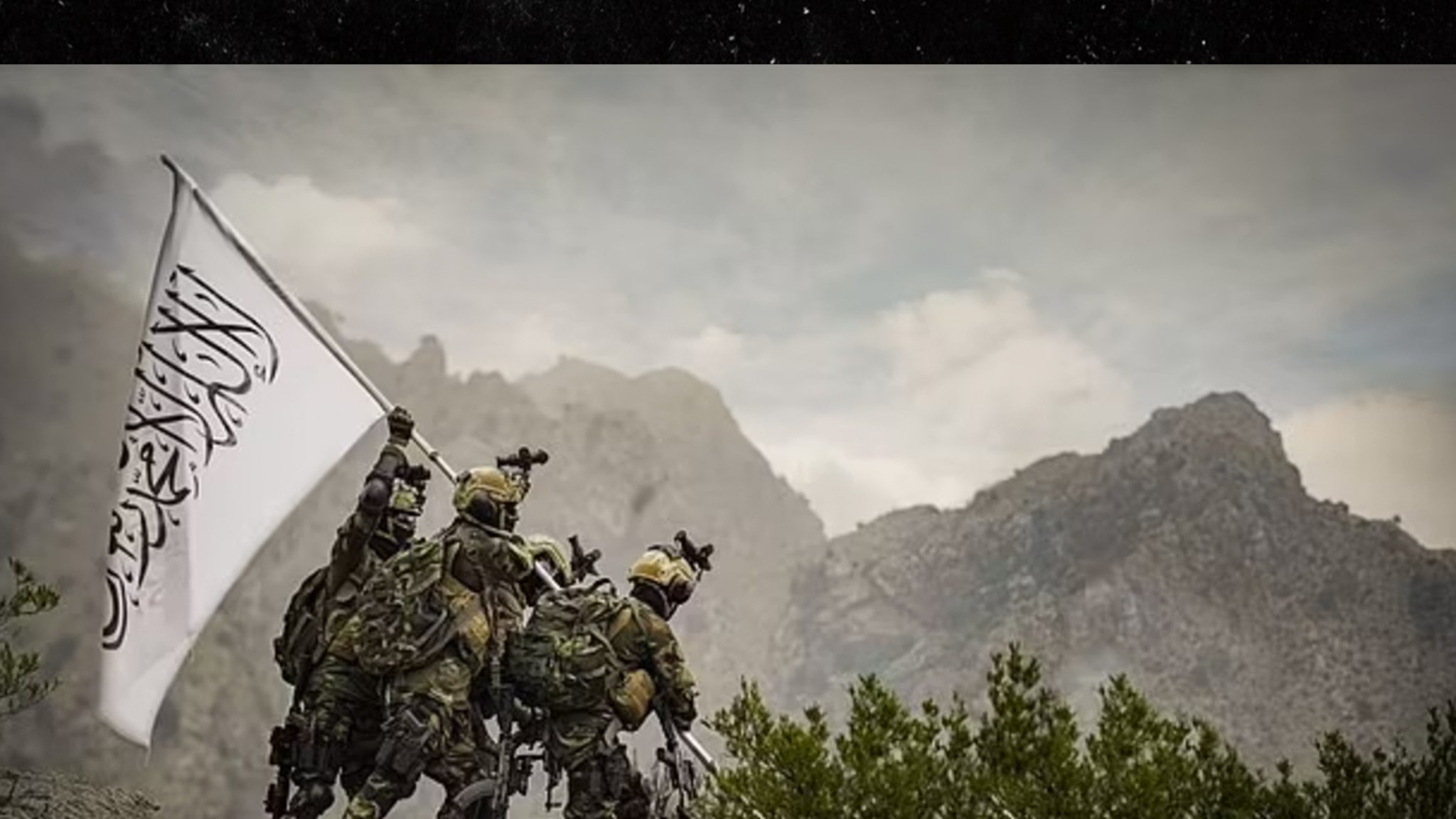 CLAIM: A photo shows the Taliban flag flying on the tower of the Afghanistan presidential palace in Kabul on Sunday night.

AP’S ASSESSMENT: False. Social media users are sharing a manipulated photo that makes it appear that the Taliban flag is flying above the palace.

THE FACTS: A photo circulating online that supposedly shows a Taliban flag flying over the Afghanistan presidential palace isn’t real -- it was digitally altered.

On Sunday, Taliban forces seized the presidential palace. The Associated Press took photos and video Tuesday showing that the Afghan flag was still flying from the palace.

The photo that was manipulated was first shared in 2020 and originally showed the palace adorned with Afghan flags. In the manipulated version, the Taliban flag replaces the Afghan flag. It looks clearly altered -- the flag appears too rectilinear and the script too flat to be on a moving flag.

The edited photo was shared across social media and by some media outlets, with captions saying it showed the fall of Afghanistan.

The Taliban took over Afghanistan two weeks before the U.S. was supposed to fully withdraw its troops from the country. President Ashraf Ghani is said to have fled the country. AP photos showed the Taliban inside the presidential palace on Sunday.

This is part of AP’s effort to address widely shared misinformation, including work with outside companies and organizations to add factual context to misleading content that is circulating online. Learn more about fact-checking at AP.

Anthony55 said:
Biden is not fit to be president. Invoke 24th amendment. We all know he is Obama's puppet. He is a yes man to every left wing ideology. Question is can America survive his term in office. look who will replace him. Where in for some hard times so everyone pray for America.
Click to expand...
Really, someone wasn't allowed to vote because they didn't pay a poll tax?

What I find really entertaining and funny is listening to reporters speak to the Biden administration as though they were talking to a five year old trying to really emphasize that the question is not about should we leave but how we leave as though they are so thick they just can't discern the distinction.

How many Americans are left in Afghanistan?


Why did we abandon our military air base?


Why did we leave billions in military hardware for the Taliban?

Wow I think I remember that episode. LOL

I'm confused, during the campaign Biden ignored and mocked questions and NBC justified him and even ridiculed those who were upset. But now they get the same treatment and what, they are surprised?

You would think that we would at least have gotten a thank you from the Taliban.

#215
Might want to reconsider removing Biden from office.
Those in line to succeed him scare me more than he does.
We are in a no win situation in this nation.

My friends son is in the Marines.

She was told by him that 13 American Marines were killed by the satanic savages in the bomb blast in Afghanistan today.

I’m so disgustingly angry at every evil and or ignorant Biden voter.

Look what you have wrought!!!!

Biden needs to deal with this!

they are not telling us all the truth. I heard no dead this am, then 3 injured, then 3 dead, then 4 and now 12 confirmed dead

it's not over yet either. it was obvious there would be bloodshed and people are holding their collective breath I would think

PennEd said:
My friends son is in the Marines.

She was told by him that 13 American Marines were killed by the satanic savages in the bomb blast in Afghanistan today.

I’m so disgustingly angry at every evil and or ignorant Biden voter.

Look what you have wrought!!!!
Click to expand...
mailmandan said:
MSNBC’s Malcolm Nance on Kabul suicide bombing that killed at least four US Marines: ‘#DealWithIt’

View attachment 230555 Biden needs to deal with this!
Click to expand...
Biden, and Main stream media. and Facebook, and Twitter, and all those who committed fraud to steal the election.

at this moment, this very moment, it has got so bad I would not be comfortable putting any kind of stamp on anything going on

how much of this disaster is actually pre-planned? I think both sides are deceived and being deceived. nothing is making sense unless we are not being told the truth and what else is new there