Why do so many people hate cats? I "learned" in elementary school that cats love our homes, not us, and the defamation campaign continues to this day. Even "science" tries to "prove" that cats are concerned only about themselves and that they don't really care about us. What is the truth about cats? 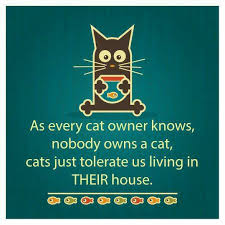 #3
I recently read about this theory that cats aren't actually native to this planet. They were brought here by aliens thousands of years ago. And I guess this is suppose to explain why the ancient Egyptians worshipped them....because they were literally a gift from the "gods" aka aliens.


I don't know about any of that, but I do love this picture which is relevant to what I just said.

#6
In my youth, our little calico cat Patches risked her own neck to save our beagle dog Ralph by jumping on and mauling the neighbor’s dog when it viciously attacked him. The cat won that battle by attaching her four claws and her teeth into the mean dog and doing revolutions around it in a matter of seconds. That vicious dog didn't stand a chance! Ralph was Patches' buddy.

When my kids were young, we raised an orange tabby named Chessie and trained him to love all animals, including dogs, birds, & rodents. He was particularly close to our rabbit Abigail and would shepherd her (exactly like a sheep dog) in the backyard so she would stay close to our house. They often took naps together, either on the rocking chair or in the guinea pig’s pen. Even our parakeet could climb all over Chessie without fear of being harmed.

Once our family came home to find my son’s bevy of hamsters had all gotten loose because he didn’t lock their cage correctly. We knew it immediately upon entering the house because there was Chessie sprawled out on the living room floor with hamsters running all over him like he was their bestest and biggest furry friend. Except Chessie had a look of total disgust on his face.

Once we nursed a robin back to health and it decided to stick around our place because it found a friend… our cat Sylvester. They loved each other.

When my kids were teens, they raised two cats, an orange tabby named Eliezer (we called him Azer) and a tortoise shell cat named Solomon. Azer believed my daughter was his daughter as well. He followed her everywhere, slept with her, played games with her, and meowed for her if she was gone too long. When she got married and left home, he grew depressed. I eventually became her replacement.

Solomon was my husband’s pal. He would sit in my husband’s lounge chair and listen to him play guitar. And although Solomon didn’t like to be held for any length of time, my husband could hold him indefinitely.

Azer was my bestest buddy. He literally loved me and I loved him. He would “talk” to me with various meowy sounds. God used him to minister to my heart many times. When he had to be put to sleep due to illness, my heart broke to pieces and I cried for days. But the Lord allowed me to see a vision of him and my heart had joy again.

I’ve got so many other wonderful stories of lovely cats in my family’s life. I have trained cats for years, too. I “get” them. Even stray cats and neighbors’ cats quickly grow to trust me. They know when people like them or not. I love cats and they perceive that.

I praise God for all the beautiful kitty cats He created.

I've met at least two cats which didn't fit the "stereotype". Both belonged to some friends of mine (one cat per family).

One just stayed to himself most of the time and the other liked to sit in a window sill and stare outside all day.

Another opinion against cats: 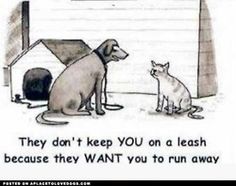 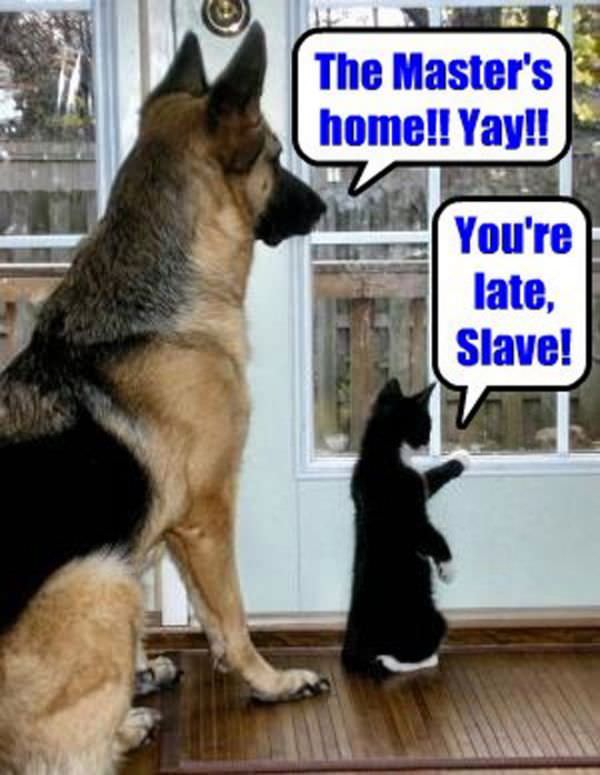 A most important mathematical equation needed on this thread:

Take your cats to the nearest animal shelter +
Trade them in for a half dozen dogs =
Great Happiness!

Cats are just plain finiky, unpredictable, can't be trusted, and often mean spirited, and even diabolical...

Click to expand...
Don't be hatin' kittycats, Solemateleft just 'cause they have a quicker left hook than you. 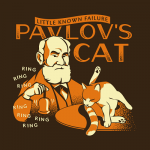 AuntieAnt said:
Cats make life more fun!!
Click to expand...
How true - they really do.
Cats really really are different to dogs. Both are fun, but cats can take it up to another level.

Cats are better than dogs. The end.
S

#19
JesusLives said:
Cats are better than dogs. The end.
Click to expand...
I love you for saying that. The end....and thank you.

Another proof of the conspiracy against cats: People really love their cats. They’re friends to the friendless, four-legged furry pillows of comfort. We’ve all been suspicious that they maybe don’t like us, but we ignore those thoughts and love them anyway. Well, science now confirms what we’ve always known in our hearts to be true: Cats are loners, rebels, the James Deans of pets — frosty, unemotional little jerks who are just going to ignore you.
A new study from the University of Tokyo found that when researchers played voice recordings of a cat’s name being called by its owner, the feline subject displayed recognition, i.e., reacting to the familiar voice by “moving their heads and ears to locate the sound,” but then remained totally unresponsive — they didn’t meow or move toward the voice or anything. They just sat there, withholding love.
The study, published in the journal of Animal Cognition, reasons that cats haven’t been domesticated to respond to human command. But we know the heartbreaking truth: Love your cat, love it well, but never expect it to really care about you unless you put it on one of those weird harness leashes and force it to be more like a dog.