How God Has Guided My Paths Beyond What I Could See

I grew up in a Christian household, prayed the "sinner's prayer" when I was six or seven, did my own selfish thing for a few years, and then actually gave my life to Christ when I was eleven.

Well, that's it for my story of coming to Christ. The thing is, that's not all a testimony has to be. It took me years to realize it, but a Christian's testimony is just how God's worked in their life. And that is a far more involved story.

My life from 2013 to 2016 was incredibly boring. After I decided to live for Christ in 2012, I wanted to do something for Him, since He paid for my sins. I just didn't know what to do. Over time, I began to pray about His will for me - what He'd like me to do. At the time, He told me to keep doing what I was doing, and though I was confused at the time (I was literally just watching a bunch of Youtube stuff and hanging out on Google+, the now-gone social media site). But, I did. Over time, however, that led me to friendship and support and encouragement, and to realizing a bit more self-value, which is something I had struggled with for years. It also led to deeper interest in a few select fandoms. That led to developing plots for fanfictions and creative thought, and a few other things as time went by.

Around this time, things began to go downhill for me - at least, in my eyes back then. The friends I had grew increasingly closed off to me for no good reason. I began to grow incredibly lonely and discouraged. I thought that, in a few years, no one would care about me. I had forgotten that God still did, because, at that time, it was hard to see. To top it all off, I fell behind in school when my mom, my homeschooling teacher, had to get a job to help support my family. I distinctly remember thinking "I have no hope. I have no future." But later that exact same day, God had someone put the Bible verse Jeremiah 29:11 in my life. That passage says "For I know the plans I have for you,” declares the LORD, “plans to prosper you and not to harm you, plans to give you hope and a future." That was a clear wake-up call to me.

At a church camp in the summer of 2016, I could tell that God was telling me that I needed to start writing more. It was crazy how many times God pointed to me writing. I wasn't sure what to write, so I continued writing my fanfics and one-shots and such. For a while, nothing much came of it, other than simply honing my skills. Until September of 2017, that is. A fan website for my favorite video game series was hiring. Though I didn't think much of it, I applied, praying that I'd get a job there if I should be there, and to keep me from it if I shouldn't. I was hired that weekend, and that position has been fantastic for me. It’s continued to allow me to grow in my writing and communication skills; it’s forced me to be more confident in phone calls and online voice chats; it’s helped me grow more confident in my abilities; and it’s given me opportunities to witness to others that I hadn’t had before.

Now comes a change of a completely different type that was one of the first major connections to Undertale. On a morning late in September 2017, I felt God telling me that I would be meeting someone important that weekend. I had no idea what that meant, but I was intrigued. A night or two later, I was going through an Undertale server on Discord that I had been active on. A new person had just recently joined. I didn’t always greet new members there, but something about this person stood out to me. Part of it was the fact that the username implied that we had something in common. So I started up a conversation with her, and we became friends pretty quickly. I soon found out that she was a Muslim, and I began to feel bad for her. I shared with her how I had been hurting with discouragement and broken friendships recently, and she was very kind about it. I could tell that this person was special, and I wanted to help bring her to Christ. So I introduced her to a group of friends I have on Discord and began sharing the Gospel with her.

But, even now, a long while later, she still hasn’t believed. And to be honest, I’ve been terrified of that fact at times. However, God’s given me messages that have given me some hope. The first was in the form of some music lyrics from some lyrics from tobyMac's "Keep Walking". From these, I could see that God was telling me to keep trying, and that He wasn’t finished with my friend. The second was in the form of some more music lyrics that I had heard: “There’s no shadow you won’t light up”. To some, this might appear insignificant. However, it just so happened that because I didn’t know my friend’s real name, I called her part of her username – “Shadow”. I saw it to mean that God would light up Shadow’s darkness as she turned to Him. A few days later, I read this Bible passage in Psalms: “Weeping may tarry for the night, but joy comes with the morning.” I usually end my conversations with my friend at night, and honestly, I’ve cried about her not becoming a Christian many a time after a conversation. Another hope came to me later while continuing to read Pslams: “Take delight in the Lord, and he will give you the desires of your heart. (I had been longing for my friend to become a Christian.) Commit your way to the Lord; trust in him and he will do this: He will make your righteous reward shine like the dawn, your vindication like the noonday sun. (This made me think back to “No shadow you won’t light up” and “keep walking until the morning comes.) Be still before the Lord and wait patiently for him.” Later, I even heard Aaron Cole’s “Don’t Worry”. That was a pretty clear message to me! I even heard this Bible verse in a church sermon: “Let us not become weary in doing good, for at the proper time we will reap a harvest if we do not give up.” That, as well, has given me hope. Now, while I still wonder about this situation frequently and it does still concern me, I’m not as worried about it as I used to be. I just have to trust that God will work in her life.

And remember how I was terribly lonely? All of these things helped me with that, and on top of it all, God led me to a new church that greatly aided that. I was pretty much pulled into its youth group against my will, but I'm so glad that I was. It was far bigger than my previous one that hadn't been so great, and I was concerned that one of that side would be even worse. But instead, they lived out God's love towards me and helped me grow as a Christian and as a person. God also led me to start a small Christian fellowship group here on Discord, and it's been an incredible blessing to me and the other members of it.

For a while, I didn’t have a job, either. I wasn’t sure what God’s plan there was. I thought that maybe it would have been a waste of time. Maybe I would have been badly hurt physically, emotionally, mentally, or spiritually. Maybe the job was left open for someone else who needs it more. Maybe God just has an even better job in mind for me. But I’ve seen at least two more reasons now: the opportunity to help someone else, and the ability to form bonds with others that I needed to. This all shows that falling behind in school previously - which I had been so upset about for a long time - was a blessing in disguise. If I hadn't, I wouldn't have met most of the people in that group; I wouldn't have had the friends I did; I wouldn't have gotten that writing position; I wouldn't be here right now.

Another good thing that I saw tie back around to previous instances was, once again, my enjoyment of Undertale. A while back, I stumbled across an Undertale comic called DeeperDown by an artist going by Zeragii. After a while of following the comic, she decided to make a Discord server. Despite some concerns based on negative experiences with other Discord servers, I decided to join it. Later that evening, I met a friend of Zeragii’s whom she had witnessed to many times before. We struck up a conversation, and the result was one of the most exciting moments of my entire life yet – God used me to help point her to Him, and she made the decision to accept Christ.

The Bible says that God works everything together for the good of those who love Him, and I am living proof that He does. Do I still get worried about stuff? Absolutely! But I know that no matter what happens, God's still got me, and everything is going to be all right. He's still working, even if I can't always see it. So if you're not actively living for Him right now, try stepping out in faith! I know it was the best decision that I ever made. 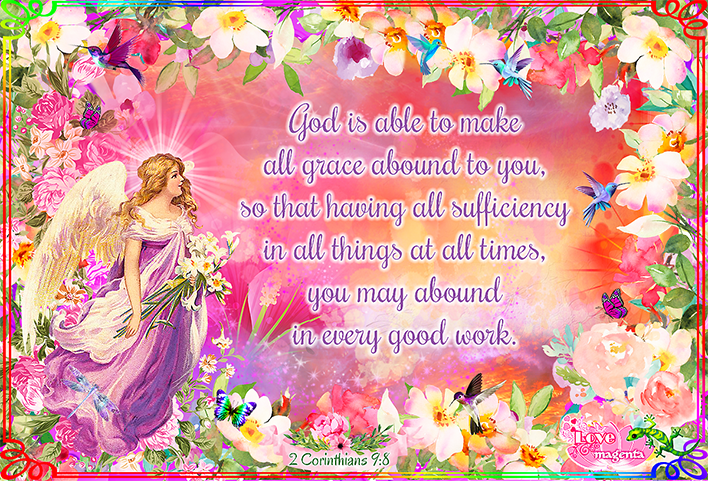 "Amen"
'Thank you for sharing.'

morefaithrequired said:
whats wrong with watching youtube?"I probably watch an hour a day...sometimea more
Click to expand...
That's fair. I just felt that I could be doing more is all, and I wasn't sure what that would be for a while. Even now, years later, I still watch quite a bit ; )
O

just a share -
I also did the aisle trip, weeping, kneeling, sorrowful, mega emotional drama = with no AFTER-FRUITS for DECADES!!!
was it REAL??? of course NOT - did I BELIEVE it WAS??? of course I did, for years and years!!!
was I deceived??? of course I was, not only by them, but most of all, by me and me alone!!!

True Conversion is always accompanied by 'Signs & Wonders', this is just a part of my Testimony...

God has plans for each one of us, you never know who God may seen our way.

Lunar_Eagle403 said:
That's fair. I just felt that I could be doing more is all, and I wasn't sure what that would be for a while. Even now, years later, I still watch quite a bit ; )
Click to expand...
You must be a captivating writer - I read every word! , and I'm a lazy reader at times. It's good to hear young people having success in their lives.
You must log in or register to reply here.
Share: Facebook Twitter Google+ Reddit Pinterest Tumblr WhatsApp Email Link