Tell me something interesting ....

Not sure, but this guy probably knows...

No, no, NO, that is NOT how you become a tornado hunter!

Isny said:
Hurricanes originating in the northern
hemisphere rotate counter-clockwise, in the southern hemisphere clockwise. The "Coriolis Effect" causes this phenomenon. The "CE" has to do with the particles and fluid in the air, the shape of the earth and a PhD in Physics!
Click to expand...
I knew about the Coriolis Effect, but I also know that tornadoes (specifically) are very rare outside of North America.

Spin? I like to spin and I can spin in either direction. I've spun things like coffee filters, paper, wire, rabbit hair, camel down, silk, cotton, rose fiber, and of course, wool. Can you guess what I made?

Dino246 said:
I knew about the Coriolis Effect, but I also know that tornadoes (specifically) are very rare outside of North America.

I saw a video taken right at the equator (veracity uncertain, of course). It showed a sink of water draining one way a few feet to the North, the other way a few feet to the South, and without direction right at the line.
Click to expand...
The draining of the water in the sink as you point out above is somewhat difficult to believe. In this case I would think that the water would not drain at all: the two opposed forces working equally against each other. This is only a guess.

HisPeace said:
Spin? I like to spin and I can spin in either direction. I've spun things like coffee filters, paper, wire, rabbit hair, camel down, silk, cotton, rose fiber, and of course, wool. Can you guess what I made?
Click to expand...
Possibly a sweater though a sweater made from wire would be difficult to wear.

HisPeace said:
Spin? I like to spin and I can spin in either direction. I've spun things like coffee filters, paper, wire, rabbit hair, camel down, silk, cotton, rose fiber, and of course, wool. Can you guess what I made?
Click to expand...
Beanie Babies, muppets?

Saw first blooms of spring out here in Ohio. I was listening to relient k and feeling moody.

Shellshock said:
What about the fur and horn?
Click to expand...
A jacket and a chalice.

I'm getting more and more convinced these days that staying single really is for the best. At least for me it is.

Bluebonnets are blooming in Texas!!!!

I just enjoy watching all the wildflowers. They make me happy.

Solemateleft said:
Which logically raises the question of "What makes Uranus unique?"

"The interior of Uranus is mainly composed of ices and rock. Like the other giant planets, Uranus has a ring system, a magnetosphere, and numerous moons. The Uranian system has a unique configuration because its axis of rotation is tilted sideways, nearly into the plane of its solar orbit."
Click to expand...
Also she's lesbian in the original Sailor Moon (Which made her and Pluto in to a cousins in original English Dub not a couple which was soooooo awkward finding that out later 😅) Sailor Moon is not a kid show 😂 sorry there's my dumb nerd fact

Yesterday I realized for the first time that jellybeans look a lot like balloons... 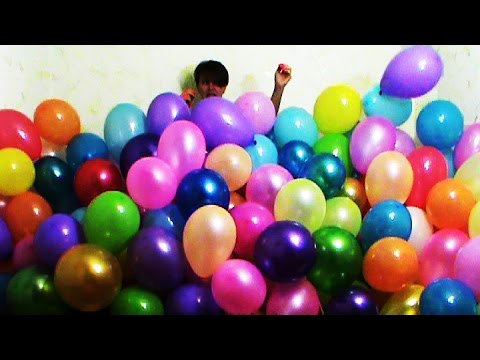 selfdissolving said:
I'm pretty sure I saw Santa Claus jogging down the road today wearing long johns under his basketball shorts
Click to expand...
Did he have shades?
M

I live in a city of about 5,000in NE Washington state.
(1) I went for a long walk in town and a bear cub came scampering down a hill and stared at me. I thought, "How cute!" but then began to worry where it's mother was. I never saw her, but the little bear hastily scampered back up the hill.
(2) On another long walk, I encountered 5 fawns in a yard. They all fled in terror, but then one came back and walked right up to me to show how brave she was! Real cute!
(3) One of our local Middle Schools left a lower-level door open and a cougar walked in and strode through the halls. Fortunately, there were no kids present at the time.
(4) A mother moose strode through one of our main streets with 2 calves in tow. A police car slowly escorted her out of town.
(5) Every deer hunting season huge numbers of deer flock to town because they've figured out that they won't get shot there. My hunter friends will complain that they sat in their sand in the woods for hours and never saw a deer and I will tell them that there was a whole herd on my front lawn!

So if I move northwest, always have a dog to keep the deer from ruining my front yard. Got it.
M

THE DEAD SEA SCROLLS: THE REST OF THE STORY

John Strugnell was one of my New Testament professors at Harvard. He was in charge of the Dead Sea Scroll editing and translation project and had been part of the original team that discovered them. Well, back in 1948 there weren't any McDonalds or Burger Kings near the Dead Sea rocky hill that contained the scroll tunnels. So the archaeological team had lots of wine but were running out of food. So one of the lead archaeologists Roland DeVaux offered to go get dinner. Off he went into the hot desert with his rifle. After a while, the rest of the team heard a gunshot, then silence for another couple of hours. Finally, Roland returned with the "steaks" he had butchered and declared, "Dinner will soon be served!" All rejoiced and awaited their "steaks." But the "steaks" tasted awful! So they asked Roland, "What kind of deer or antelope is this anyway?" and he replied, "I'll tell you after dinner; just eat it; it's good protein!" Finally the moment arrived and Roland sheepishly confessed, "The only animal I saw out there was this big hyena. So I shot him and you're eating him!" The others wanted to barf! Lions might kill a hyena, but even lions won't eat a hyena! Someone spoke for all when he protested, "Ugh, I don't eat scavenger!"
"

The best friend to have is Jesus he does not disappoint