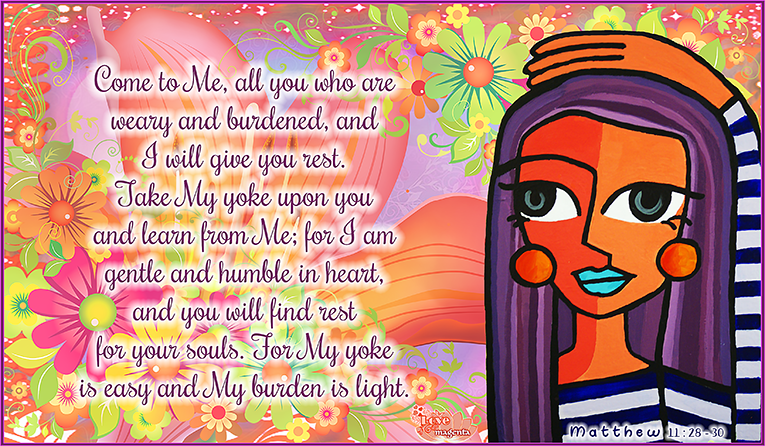 EdC said:
This journey between a spiritual belief system and a logical one, betwixt faith and understanding, skeptism and biblical following....for those of us who struggle on a daily basis, where do we turn for comfort?
Click to expand...
Well, for starters, you've set up at least two false dichotomies here:

This is what a false dichotomy is:

A dichotomy is a set of two mutually exclusive, jointly exhaustive alternatives. Dichotomies are typically expressed with the words "either" and "or", like this: "Either the test is wrong or the program is wrong."

A false dichotomy is a dichotomy that is not jointly exhaustive (there are other alternatives), or that is not mutually exclusive (the alternatives overlap), or that is possibly neither. Note that the example given above is not mutually exclusive, since the test and the program could both be wrong. It's not jointly exhaustive either, since they could both be correct, but it could be a hardware error, a compiler error and so on.

Yes, they most certainly could.

In the options that you've cited, could faith and understanding overlap?

Yes, they most certainly could.

Let me give you an example to illustrate what I am saying to you.

A good portion of the Bible is prophetic in nature.

In fact, one of the ways in which the God of the Bible distinguishes himself from dumb idols or "other gods" is by correctly forecasting the future.

The God of the Bible claims that there is none like him, and then gives the example of how he "declares the end from the beginning, and from ancient time the things that are not yet done" or how he accurately forecasts the future.

In relation to his claim, if one first properly understands what God has actually prophesied, and then looks to future history for an exact match, AND FINDS IT, wouldn't both "a spiritual belief system and a logical belief system" and "faith and understanding" overlap?

Quite frankly, having read your post, it seems as if you don't even know what an "agnostic" is:

1870, "one who professes that the existence of a First Cause and the essential nature of things are not and cannot be known" [Klein]; coined by T.H. Huxley, supposedly in September 1869, from Greek agnostos "unknown, unknowable," from a- "not" (see a- (3)) + gnōstos "(to be) known," from PIE root *gno- "to know." Sometimes said to be a reference to Paul's mention of the altar to "the Unknown God" in Acts, but according to Huxley it was coined with reference to the early Church movement known as Gnosticism (see Gnostic). The adjective also is first recorded 1870.

With the false dichotomies you've mentioned in your OP, dichotomies in which you've seemingly sought to distinguish between that which is spiritual and that which is purely natural, it seems more like you're describing an "atheist" than an "agnostic":

1570s, "godless person, one who denies the existence of a supreme, intelligent being to whom moral obligation is due," from French athéiste (16c.), from Greek atheos "without god, denying the gods; abandoned of the gods; godless, ungodly," from a- "without" (see a- (3)) + theos "a god" (from PIE root *dhes-, forming words for religious concepts).

So, in answer to your question:

Is there a place for Agnostics in the debate or are the questions just too uncomfortable to be tolerated?
Click to expand...
Yes, there is room at my table for an agnostic to ask any questions that they'd like to ask.

If you ever become an agnostic, then pull up a chair, and let's chat.

In the interim, if you as an atheist want to chat, then that's fine too.

Those who believe faith is devoid of logic and reason are deluded.

Magenta said:
Not just could, but can, and do.

Those who believe faith is devoid of logic and reason are deluded.
Click to expand...
I wholeheartedly agree.

I only mentioned "could" to show that the OP contained false dichotomies.
S

Welcome to CC. Serious questions may take some time to answer, no single statement exists. It may take years to fully comprehend and even then there will still be questions. The journey however, is glorious.

EdC said:
This journey between a spiritual belief system and a logical one, betwixt faith and understanding, skeptism and biblical following....for those of us who struggle on a daily basis, where do we turn for comfort?

Is it a life here that happens just once? A life that it is molecules and atoms and cells and DNA and synapses that makes us, US, or is it all that plus a random happening that placed a spirit into a body in a womb in the place we were born?

If the latter, then how is a baby born with random spirituality in Afghanistan to a Muslim family less entitled to eternal life than a baby born to a Chritian family in Amerca or Europe.

When the Bible teaches us to worship no false God, is tht only the one we believe in?

When we look back through the past, see and understand that religious power has been used for centuries S polititac control mechanism over the populous, do we ignore it or take note and update?

When a 7 year old is told that the only way to eternal life and God is through being 'Born Again' and when that child spends decades trying to have a 'Born Again' experience that doesn't happen, is that once-a-child damned?

Is there a place for Agnostics in the debate or are the questions just too uncomfortable to be tollerated?
Click to expand...
First welcome to CC and very nice to meet you
You are asking important questions , nothing wrong with that .
There can be only one Creator and the Bible is the one book that makes complete sense . When it says God is love , perfect, good, etc and to put all our trust in Him...that is what we are to do .
Don't worry about things only God knows, the Word says He is a just Judge who is good.
Do not boast so proudly, or let arrogance come from your mouth, for the LORD is a God who knows, and by Him actions are weighed. 1 Sam 2:3
I could go on but will stop, God bless you.