Why is Jesus referred to as the Morning Star?

TheLearner said:
"The evolution of the theory of Satan keeps pace with the development of Jewish angelology and demonology. In Wisdom ii. 24 he is represented, with reference to Gen. iii., as the author of all evil, who brought death into the world; he is apparently mentioned also in Ecclus. (Sirach) xxi. 27, and the fact that his name does not occur in Daniel is doubtless due merely to chance. Satan was the seducer and the paramour of Eve, and was hurled from heaven together with other angels because of his iniquity (Slavonic Book of Enoch, xxix. 4 et seq.). Since that time he has been called "Satan," although previously he had been termed "Satanel" (ib. xxxi. 3 et seq.). The doctrine of the fall of Satan, as well as of the fall of the angels, is found also in Babylonia (Schrader, l.c. p. 464), and is mentioned several times in the New Testament. Satan rules over an entire host of angels (Martyrdom of Isaiah, ii. 2; Vita Adæ et Evæ, xvi.). Mastema, who induced God to test Abraham through the sacrifice of Isaac, is identical with Satan in both name and nature (Book of Jubilees, xvii. 18), and the Asmodeus of the Book of Tobit is likewise to be identified with him, especially in view of his licentiousness. As the lord of satans he not infrequently bears the special name Samael. It is difficult to identify Satan in any other passages of the Apocrypha, since the originals in which his name occurred have been lost, and the translations employ various equivalents.
Click to expand...
Here I see books not in the Christian canon: Wisdom, Enoch, Jubilees, Tobit and Apocrypha. And you suppose we should acknowledge these for doctrine? No, thank you. I will stick to my scripture and not be misled.

Deade said:
Here I see books not in the Christian canon: Wisdom, Enoch, Jubilees, Tobit and Apocrypha. And you suppose we should acknowledge these for doctrine? No, thank you. I will stick to my scripture and not be misled. View attachment 209296
Click to expand...
The sources I quoted are valid because they are historical and had influence on the NT. The quote(s) I have given clearly demonstrates that.

The book of I Enoch also, influenced the NT concerning demonology. One, not being aware of the cultural background allows for more serious misinterpretations of the NT.

Pray for me, I am sick today and resting,
daniel
T

There are problems reading the Bible without knowing the cultural, historical and Linguistic information when interpreting the Bible. For example, pretending that the tree in the bible is a Christmas tree.

When two or more people have different understandings of a text, how do you know which is right? It could be all are wrong too.
T

Why would one expect studying the nature and makeup of God to be easy?
T

Romans 16:20 J.B. Phillips New Testament (PHILLIPS)
19-20 Your loyalty to the principles of the Gospel is known everywhere, and that gives me great joy. I want to see you experts in good, and not even beginners in evil. It will not be long before the God of peace will crush Satan under your feet. May the grace of our Lord Jesus Christ be with you.

Genesis 3:15
And I will put enmity between you and the woman, and between your offspring and hers; he will crush your head, and you will strike his heel."
T

Luke 22:3
Then Satan entered into Judas called Iscariot, who was one of the twelve;
T 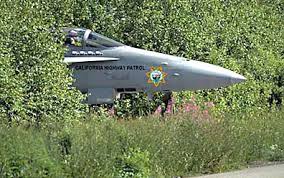 Is the word for the star lucifer in Latin? I hear the word is used of Christ in the Vulgate translation. Somehow, the KJV ended up with that word used as a name in Isaiah 14 and came to be viewed as a personal name for the Devil in English.
You must log in or register to reply here.
Share: Facebook Twitter Google+ Reddit Pinterest Tumblr WhatsApp Email Link