A man walks into a bar.
Ouch that hurt he cries out.

I went to buy some camouflage trousers the other day but I couldn’t find any.

I went to the butchers the other day and I bet him 50 quid that he couldn’t reach the meat off the top shelf. He said, “No, the steaks are too high.”

I went to the zoo the other day, there was only one dog in it, it was a shitzu."
M

#24
1) A man kills a snake and takes it home to cook for dinner. Both
he and his wife decide that they won't tell the kids what kind
of meat it is, but will give them a clue and let them guess.
The dad said, "Well it's what Mommy calls me sometimes." The little
girl screamed to her brother, "Don't eat it. Its an a..hole!


2) An old teacher asked her student, "If I say, 'I am beautiful,' which
tense is that?"
The student replied, "It is obviously past."


3) A rumpled man walks into a bank in New York City and asks
for the loan officer.
He says he is going to Europe on business for two weeks and
needs to borrow $5,000.
The bank officer says the bank will need some kind of security
for such a loan. So the man - clearly an eccentric - hands over
the keys to a new Rolls Royce parked on the street in front of the bank.
Everything checks out, and the bank agrees to accept the car as
collateral for the loan.
An employee drives the Rolls into the bank's underground garage
and parks it there.
Two weeks later, the man returns, repays the $5,000 and the
interest, which comes to $15.41.
The loan officer says, "We are very happy to have had your
business, and this transaction has worked out very nicely, but we are
a little puzzled.
While you were away, we checked you out and found that you are
a multi-millionaire.
What puzzles us is why would you bother to borrow $5,000?"
The man replies, "Where else in New York can I park my car for two
weeks for 15 bucks?"

#26
Mary’s father has 5 daughters. The first is called Tanu


If you answered Tuna

that is incorrect, read the question again.
G

Nice recovery guys!
Click to expand...
Oh my gosh...this...this really got me....oh my goodness...I have tears in my eyes from laughing so much....
G

#28
You have to do another one @mailmandan


If you answered Tuna

that is incorrect, read the question again.
Click to expand...
Is it Tunu? 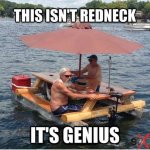 Nice recovery guys!
Click to expand...
That's how I met my wife.

Although she was not quick enough to do the pressups

mailmandan said:
For his sake, I hope that wasn't their first date.

Click to expand...
It was probably her last.
M


If you answered Tunu

that is incorrect, read the question again.
Click to expand...
I see no one has answered yet.


Mary will be disappointed.

Miri said:
I see no one has answered yet.


Mary will be disappointed.
Click to expand...
Oh dear.

Two Jewish guys were walking and saw this billboard that says "Come join our church, become a Lutheran and win $500.00". The one guys says "I think I'll go in there!" The other says "You'd risk your faith like that?" and the guy responded "It's $500 bucks!" So he goes in.
Couple of hours later he comes out and his friend asks "Well, did you join the church?" guy said "Yep",. Friend says "So, you're a Christian now and no longer a Jew?", guy says "That's right!" Friend says "Well .... did you get the $500.00?" Guy says "Is that all you people think about?"

One day, a farmer was tending to his livestock when he noticed that one of his cows was completely cross-eyed. He called up a veterinarian friend of his who told him to bring in his cow. The vet took one look at the cow, stuck a tube up the cow's butt, and blew into the tube until the cow's eyes straightened out. The vet charged the farmer a hundred bucks, and the farmer went home happy. About a week later, the cow's eyes were cross-eyed again, but this time the farmer figured he could probably take care of it himself. So he called his hired hand over, and together they put a tube up the cow's butt. The farmer put his lips to the tube and started to blow. Strangely, nothing happened, so he asked his hired hand to give it a try. The hired hand removed the tube, turned it around, put it in the cow's butt and started to blow.
"What are you doing?" asked the farmer, horrified.
"Well, I wasn't gonna use the side that YOU had put your lips on."

mailmandan said:
For his sake, I hope that wasn't their first date.